The two advisors have joined the Financial Services Network.

A pair of advisors previously affiliated with Royal Alliance in California have joined a firm aligned with LPL Financial, LPL says.

Antioch, Calif.-based Pacific Pension & Benefit Services, including financial advisors Michael Kennedy and Christopher Bott, has joined LPL’s broker-dealer and corporate RIA platforms, aligning with the Financial Services Network, which offers securities through LPL, according to a press release from LPL.

The team, which focuses on retirement plans, previously managed around $200 million at Royal Alliance, a broker-dealer on the Advisor Group network, LPL says.

In making the move, Kennedy and Bott were “[s]eeking camaraderie and access to vast resources and support,” according to the press release.

“The Network is right here in the Bay area,” Kennedy says in the press release. “We’re excited about having access to their talent, and I’m looking forward to bouncing ideas off the extensive network of like-minded advisors.”

LPL has lured several advisors from the Advisor Group network this month.

LPL had a successful third quarter recruiting brokers from rivals, growing its advisor ranks by 188 to 16,439. 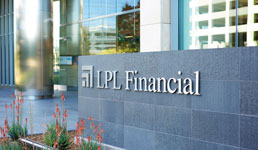 Since then, the company has also added advisors from Cadaret, Grant, a wholly-owned subsidiary of Atria Wealth Solutions; Blucora affiliate 1st Global and JPMorgan.

Two LPL-aligned OSJs have also added practices in Arizona and Iowa this month. But LPL also gave up advisors in October to Triad Advisors, a subsidiary of Ladenburg Thalmann Financial Services, as well as to Kestra Financial.