Merrill Lynch has hinted it might join the commission wars, and the result might be lower trade costs for its wirehouse financial advisors’ clients and more free trades for self-directed MerrillEdge clients.

"You’ll see us push a little bit on some of the qualifications to open up this capability for another set of clients,” Brian Moynihan, CEO and chairman of Bank of America, Merrill Lynch’s parent company, told a stock analyst who, at a conference held after the company disclosed third-quarter results, asked about recent race to zero commissions announcements by Charles Schwab, E*Trade, Fidelity Investments, and TD Ameritrade.

BofA’s self-directed platform MerrillEdge offers its customers online trades for $6.95 per fund, stock and ETF transaction and 75 cents more per option transaction. For its BofA “preferred” customers who keep minimums starting at $20,000 in investment or bank accounts, MerrillEdge offers 10 free trades per month; those who meet $50,000 minimums get 30 freebies; and those who meet $100,000 minimums get 100 free trades monthly. BofA’s platforms began offering such free trades in 2007 and about 87% of its stock and ETF trades are transacted without fees.

Clients of Merrill Lynch Wealth Management FAs might pay much more, as much as 5% on ETF and stock trades, and 15% on option transactions, when their advisors help them execute those trades, according to a schedule posted in March of this year.

At the same analysts meeting, the company presented earnings reports that showed its wealth management division posted little growth in assets under management, inching up to $1.212 trillion from $1.204 in the same time period in 2018, while its Merrill Lynch advisor ranks rose by 149 from the previous quarter to 17,657. BofA’s total number of wealth advisors, including those in the private bank and consumer bank, rose to 19,672.

The wealth management units’ advisors have bolstered productivity, a senior Merrill Lynch executive stressed at a press conference after the company released the earnings.

“Our growth engine is thriving throughout the country, and at all levels of the firm across all of our advisors, the average productivity reached a new record $1.1 million in the quarter for the first time ever, and a record $1.4 million among our experienced advisors,” the senior executive told reporters.

“We now have more than 3,600 advisors who are delivering more than $1 billion in production annualized,” he added. “We’re happy to see this year, nearly 70% of Merrill Lynch Wealth Management advisors achieve higher production levels, compared to this time last year, and more than 60% of our advisors are on track to have the best year of their career,” he added.

The firm has focused on getting trainees up to speed and added 75 new managers nationwide to coach those novices, he said.

“The early results are very strong,” he said about that initiative. “We’re happy to see that the average gross new households being brought in by our training advisors is up nearly 30% compared to last year. And if we look back to really before this initiative started at all in 2017, those results are up more than 80%,” he added. 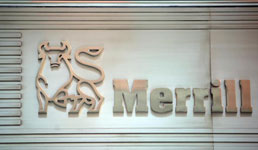 Given all the growth, Merrill Lynch will not alter its financial advisor compensation grid for 2020 because the wirehouse has achieved the client growth goals it set when its management began modifying the pay formulas a few years ago, according to the senior Merrill Lynch executives. On October 16 the senior executive, as reported by FA-IQ, specifically ruled out any increases in 2020 to the number of new client households, set at six in 2019, which FAs are required to add to their rosters each year in order to maximize their compensation. At Merrill Lynch and other wirehouses, FA compensation is largely based on formulas that factor in the revenues they generate from their clients’ advisory and transactional fees.

Under the 2019 plan, goals were set to have advisors add at least six new households to their client roster to qualify for “growth grid” awards, and they risked losing pay if they didn’t add a minimum of four households.

The senior executive said current FAs on average are adding 5.5 new client households per year but that could rise to six by year's end.