CEO at Heart of $1.3 Billion Ponzi Scheme Gets 25 Years in Prison

A federal judge in Florida has sentenced the former CEO of the Woodbridge Group of Companies to 25 years in prison for his role in a $1.3 billion Ponzi scheme that affected around 10,000 people, according to news reports.

Robert Shapiro, the former CEO of Woodbridge, was at the heart of a real estate investment scheme that ran from 2012 until 2017 when the company ran out of money to pay earlier investors and declared bankruptcy, the Miami Herald writes.

Judge Cecilia Altonaga of the U.S. District Court for the Southern District of Florida sentenced Shapiro to a maximum of 25 years despite Shapiro’s defense lawyer seeking to lower his sentence, according to the paper.

Shapiro had reached a plea deal with the U.S. Attorney’s Office in August, admitting to stealing between $25 million and $95 million and opening accounts in his wife’s name to park the money, the Miami Herald writes.

He used the money to buy real estate, jewelry and vintage wines, charter planes and amass a collection of art, including works by Pablo Picasso, Pierre-August Renoir and Alberto Giacometti, according to the paper.

Shapiro must now turn over his assets to pay back his victims as part of a $100 million forfeiture, the Miami Herald Writes.

Shapiro’s plea deal will avert prosecution of his wife, according to the paper.

Regulators have been going after people connected to the scheme following Woodbridge filing for Chapter 11 bankruptcy in December 2017.

The SEC settled for $1 billion with Shapiro and Woodbridge in January, and in February, Finra barred a veteran broker who allegedly earned around $104,000 in commissions from the sales of promissory notes in Woodbridge to 13 investors. 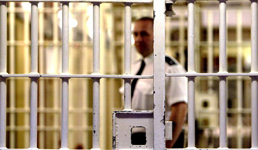 In an April complaint filed in the U.S. District Court for the Southern District of Florida, the SEC charged two former directors of investments at Woodbridge, Dane Roseman and Ivan Acevedo, of earning over $3 million in compensation from the scheme. They’re scheduled for trial in June, according to the Miami Herald.