The two firms, along with other underwriters, are defendants in a class action lawsuit alleging that at the time they sponsored the initial public offering roadshow, Uber "was rapidly increasing subsidies for customer’s rides and meals in a bid for market share,” triggering sales and marketing expenses “to swell."

Even if the courts eventually reject or rule against the plaintiffs’ proposed class actions, its filing underscores the trepidation with which many financial advisors have begun to view IPOs.

“We generally stay away from IPOs for at least six months after they go public for various reasons -- you know, mostly because we think it’s kind of like floating a boat for the first time. We’re not really sure how good the boat is. So let’s see how it floats for a couple months, and also give public investors some time to see some earnings reports,” Ross Gerber, the CEO who founded Los Angeles-based RIA Gerber Kawasaki Wealth and Investment Management, recently told FA-IQ in a videotaped interview. Gerber Kawasaki serves mostly mass affluent clients and has more than $950 million in assets under management.

Certainly, Uber’s IPO has presented a cautionary note for FAs encouraging clients to consider such investments.

Once a venture capitalists’ darling, the ride-hailing company received credit as a disruptive powerhouse, even though it had yet to turn a profit. Now the absence of profits appears reflected in a precipitous drop in its IPO price on its first day of trading in May, and its continued slide since then. At press time, the company’s stock traded at $28 a share — a drop of more than 30% from its IPO price.

Uber's share price cannot be helped by the bad news that keeps coming about the company, with a new law on California books undermining its business plan to have all its drivers treated as independent contractors rather than employees.

Morgan Stanley served as the lead underwriter on Uber’s IPO. In May, a few weeks after its rollout, Morgan Stanley CEO James Gorman urged investors to stay patient with the ride-hailing tech firm’s stock price, as previously reported in FA-IQ.

"You should buy into IPOs to hold them, because you believe in the company," Gorman told reporters after the firm’s annual shareholders in late May. "I’m not going to predict the future of the stock, but yeah, Uber’s a great company.”

As encouragement, Gorman pointed to the 2012 Facebook IPO, which traded well below its offering price for months following its 2012 listing, according to Bloomberg. At the time, Gorman said it would return to the $38 offering price within a year, the news service writes.

In its weekly guidance for Oct. 7, Wells Fargo’s Investment Institute warned clients and prospects that an IPO index has shown a 16% drop since its high point in July. The same memo describes IPOs' recent performance as “disappointing” and possibly a sign that private market valuations are “out of sync” with public markets. But the Wells Fargo marketing material poses the possibility that a further decline in IPO performance might readjust private equity prices and make them more attractive.

Private equity may become more attractive, given the long-term shrinking of the publicly-traded offerings. The number of publicly-traded companies hovers around 4,000, about half of the roster’s 1996 high point, according to the World Bank. 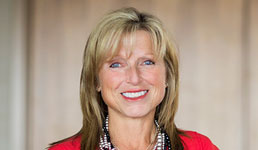 Carol Schleif, the deputy CIO for Wells Fargo-owned Abbot Downing, has some hesitations about PE being a solution for all investors.

“I understand the concept of wanting everyone to have equal access to stuff. But there’s some issues in terms of really, truly understanding private capital, and there are some very long-term lockups. You have to make sure that the people that are providing that information and dealing with the clients there understand that. So private capital isn’t right for everybody,” Schleif told FA-IQ in the video above.

“The shrinkage is nerve-wracking both because of what it does to valuations, because you’ve got more and more and more people wanting to participate in the public markets, and yet we’ve cut the equity outstanding by half since the late '90s. So that makes it more difficult with more people chasing fewer and fewer securities out there, and the choices are more limited,” she says.