After a furor arose over comments made by Ken Fisher at the Tiburon CEO Summit on Tuesday, Tiburon’s managing partner, Chip Roame, has banned Fisher from future events.

Roame, who conducted the fireside chat during which Fisher made the comments, expressed his disappointment Friday in an open letter to the industry.

Fisher apologized for offending the audience, though he maintained his remarks were misconstrued.

The day after Fisher's comments were made, Roame’s letter says he addressed the conference saying, “the speaker who made these remarks will not ever be invited back to a Tiburon CEO Summit.”

In the letter, Roame did not name Fisher and gives a reason for that.

“I am not naming names today because this issue is not about one person; this is an industry issue. I hope to share a learning opportunity with industry participants, not deliberately harm one’s business,” wrote Roame, calling attention to what he says is a lack of diversity and inclusion facing the wealth management industry.

Despite the conference’s confidentiality policy — no media is allowed and attendees are asked not to publicly discuss what goes on at the conference — Alex Chalekian, owner of RIA Lake Avenue Financial, outed Fisher’s remarks in a Twitter video. 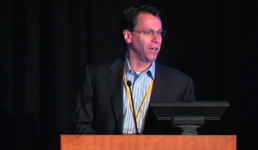 “Alex Chalekian, who I do not know well, should be commended for having the strength to go public Tuesday night with his views of offensive behavior. I have not spoken to Alex since his controversial Tweet so this letter will be the first he knows that I support his efforts. While Alex did technically violate the Tiburon CEO Summit media policy, he recognized that the issues of dignity, respect, and inclusion are more important than the Tiburon CEO Summit media policy, and he took action,” says Roame.

“I want to commend Chip Roame and the @TiburonAdvisors team for these comments.