Ken Fisher, founder of Fisher Investments, was called out on Wednesday by an RIA for allegedly making "horrible" comments at an exclusive industry conference this week. Fisher has since apologized, saying his comments were misconstrued.

Alex Chalekian, founder of Pasadena, Calif.-based Lake Avenue Financial, took to Twitter in a video saying Fisher made comments that were inappropriate and sexist in nature and even made a reference to drug use. Chalekian said the comments were made at this week’s Tiburon CEO Summit.

“It was horrible. Things that were said by Ken Fisher were just absolutely horrifying. He made comments about genitalia, talked about picking up on a girl, and don’t show them what’s in your pants. He made reference to [convicted sex offender] Jeffrey Epstein, talked about charities are immoral, mentioned things about tripping on acid, and other inappropriate comments at the conference,” Chalekian said in his video, posted below.

In response, Fisher released the following statement: “While I said words he cited I don’t think he heard me correctly and clearly misconstrued my meaning and certainly my intended meaning. Most of his slant is “gotcha” wrong in my view. To the extent he and any others were offended I apologize truly and sincerely.”

Rachel Robasciotti, founder and CEO of wealth management firm Robasciotti & Philipson, who was in the audience for Fisher’s fireside chat says, “he referred to gaining clients trust, he referred to that in the same way as like getting into a girl's pants. And then he corrected himself and talked about getting into a woman's pants. He said, I don't want you to confuse me with Epstein or anything.”

“The video takes a few parts of comments I made completely out of context and deliberately mischaracterizes them.”
Ken Fisher
Fisher Investments

As a woman in the audience, Robasciotti says “his words actually felt assaulting.”

Speaking to FA-IQ she said she is circumspect of Fisher’s apology.

“[It's] really hard for me to imagine that this was a “gotcha” moment. He said most of the things he said multiple times and explaining them in multiple ways. So it was really kind of hard to misunderstand what he was saying,” Robasciotti says.

While he did not respond to Fisher’s statement, Chalekian declared on Twitter he will not attend any conference that features Fisher and called for his boycott.

"I won’t speak or attend any conference if he’s speaking there. He should be banned from talking at any event. I hope others follow me in this decision," in response to a comment on his initial tweet.

Shortly after 7 p.m. ET, a Fisher Investments employee, in response to a request for comment, shared with Forbes an email Fisher sent to his firm’s employees on Wednesday evening. In it, he wrote:

“A video was recently posted on social media by the owner of small advisory firm that attacked me for my comments at an industry event. The video sparked some media coverage, so I’m writing today to make sure you have the facts. The video takes a few parts of comments I made completely out of context and deliberately mischaracterizes them. It attributes views to me that I neither expressed nor endorsed. As often happens, social media posters seized on these second-hand, inaccurate accounts. The media also reported comments from a couple others (out of hundreds in the crowd) who appear to have felt the same way. I’m confident if you were there you would have understood what I said in context was nothing like what is being currently reported.

“Many of you are likely familiar with my sometimes colorful means of expressing myself. I like to say whatever is on my mind. I want to you to know I am sincerely sorry if anything I’ve said in your presence offended you. That certainly was never my intention.”

“I know, we’re not supposed to talk about these things, especially the way this summit is set up. It’s meant to allow many of these icons and industry to be comfortable and talk amongst your peers. But I just had to open up and mention how disgusted I am,” Chalekian added.

I was at the Summit and attended the fireside chat... the comments from the stage were indeed outrageous.
Sonya Dreizler

“I was at the Tiburon CEO Summit, and attended most of the 'fireside chat' session where Ken Fisher spoke; the chat was a plenary session from the main stage. I watched Alex Chalekian’s video on Twitter and can confirm that what Alex said about the fireside chat is true. The conference content is supposed to be kept private, so that CEOs can be candid about internal business opportunities and challenges. Since this content is not about business issues, I’m choosing to break that code of privacy to confirm that the comments from the stage were indeed outrageous,” wrote impact investing, ESG and SRI consultant Sonya Dreizler in a statement.

“Part of what makes the conference useful is that people do respect the candor, you know, and keep things confidential,” says Laura Varas, founder and CEO of data analytics company Hearts & Wallets, who insists that she has had tremendous support from Tiburon as a female CEO for the past four years. Varas said she did not want to comment on specifics of Fisher’s comments and was saddened by the reporting around it. 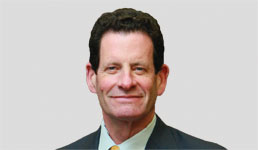 The Tiburon CEO Summit bills itself as an annual meeting for its "executive-level clients" and was held at the Ritz Carlton Hotel in San Francisco.

The fireside chat with Fisher was scheduled for 11 a.m. PDT on October 8 as a conversation facilitated by Chip Roame, managing partner of organizers Tiburon Strategic Advisors.

Fisher, oft touted as a luminary of the financial advice world, is the outspoken founder of Camas, Wash.-based Fisher Investments — a $100 billion-plus business.

Earlier this year, as news broke that Charles Schwab was launching a subscription advice model, Fisher branded such models as “stupid.”

According to the SEC, Chalekian has been an investment adviser representative for his firm, Lake Avenue Financial, since March 2014. His BrokerCheck record indicates he has been with LPL Financial for sixteen years. A February 2019 SEC filing shows Lake Avenue’s AUM as $90 million.

Tiburon did not respond to queries for comments on the issue at the time of press.

This article is an update of breaking news which originally ran Wednesday, October 9, 2019.

(If the below video doesn’t play on your browser, please refresh the page so you can watch it.)