If client solicitation agreements between RIAs and other institutions are not properly disclosed to your clients, expect the SEC to come knocking on your door, experts warn after a high-profile fine last month.

In September, the regulator slapped Cetera Investment Services with a $185,000 fine for failure to disclose the nature of solicitation arrangements it had with banks in its network to clients. Cetera consented to the fine and a censure without admitting or denying the SEC’s findings.

“It’s low-hanging fruit for regulators. And a lot of times, once regulators figure out the playbook against one defendant, they cookie-cutter it against multiple other defendants. And I think that’s probably what we’re going to see moving forward,” says Andrew Stoltmann, a securities lawyer and a director and past president of the Public Investors Arbitration Bar Association.

“This rule is actually a safe harbor. Without this rule, payments to solicitors would be a breach of fiduciary duty. So, this rule is essentially allowing certain solicitation arrangements as long as you comply with its disclosure and consent requirements,” says Todd Cipperman, Philadelphia-based founding principal of Cipperman Compliance Services.

The idea is that the client should understand that the person making the referral to an advisor is getting compensated to do that.

“If my accountant is telling me to go to a particular vendor, I think I’d want to know that he’s being paid to do so. That might color my judgment as to whether I should do it or not,” says Dennis Concilla, Ohio-based head of the securities litigation and regulation practice group at law firm Carlile, Patchen & Murphy.

Concilla says such solicitation agreements are very common and the rules are clear.

“If you’re going to use a paid solicitor, the rule is very clear that you have to have a written agreement, you have to spell out the relationship. And that has to be signed off on by the client,” says Concilla.

But even with such a seemingly simple rule, the devil is in the detail, says Cipperman, warning that it is the details of the agreement or relationship that could lead a well-meaning and above-board arrangement into non-compliance.

“There’s a lot of non-compliance in the solicitation rule area, mostly because it’s really tactical, and you have to know what you’re supposed to do. It’s not the kind of thing that you would know intuitively. The rule has specific requirements, the kind of disclosure you have to do, the specifics of the compensation etc.,” says Cipperman.

In October 2018, the SEC’s Office of Compliance Inspections and Examinations issued a risk alert related to deficiencies it had found with the compliance of this rule. The most frequent compliance issues included cases where no solicitation disclosure documents were provided to clients or cases where the disclosure documents were provided but did not specify the nature of the relationship or compensation terms between the advisor and the solicitor. 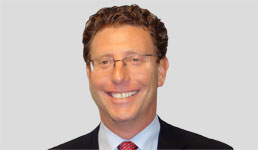 “Obviously the SEC knew that there were problems with this [rule]; there was a lot of non-compliance going on,” says Cipperman of the risk alert. When asked if he thinks the SEC could bring more enforcement actions in this area Cipperman says, “I would think that’s highly likely. Yes.”

“I would be shocked, frankly, because I can’t imagine that reputable firms wouldn’t be following the rule,” says Concilla.

What can advisory firms do to make sure they are compliant? Hire appropriate experts, whether in-house or outsourced, says Cipperman.