Here's How Quickly the Competitive Landscape for FAs Could Change

New entrants and the changing nature of financial advice are trends that top wealth management executives see playing out over the coming year. And advice firms need to be ready, experts warn.

At an event in New York City Wednesday, Tash Elwyn, president and CEO of Raymond James & Associates and Shirl Penney, the CEO of Dynasty Financial spoke about trends they see changing the industry.

One trend to watch for, according to Penney, is how well the large tech companies can make inroads with the end consumer for financial services products.

Apple announced a credit card with Goldman Sachs in March, which went live last month. And more tech companies could follow suit with other products.

“Apple Pay and their card, which obviously could be massively disruptive and in fact will be, whether it’s Amazon and some of the other players that already have the inroads to the end consumer, how they move into direct-to-consumer financial service products, I think will be really interesting to watch,” said Penney.

New entrants in the RIA space

According to Penney, big tech is not the only new entrant the industry should worry about. As advisors and assets move from away from “Wall Street” and towards independence, there may be some new players on the block.

“I think you’re going to continue to find a lot of new entrants. Goldman Sachs bought United Capital as a way to get further into the RIA space. There’s some other large banks [and] large brokerages that are thinking about how they would deploy similar strategies. And I think you’re going to see some start to jump into the waters here in the not-too-distant future,” says Penney.

Elwyn referred to a time few years ago when there was fear that the advent of robo-advisors would lead to “the demise of human advice.” The big trend he sees now, however, is the changing nature of digital advice.

“That same technology that may threaten some will reaffirm and make even stronger and more competitive businesses that are prudent and innovative about how they invest in technology,” said Elwyn.

The firm has no plans to enter the direct-to-customer robo-advice model, but it nonetheless rolled out a digital advice tool last year under its Connected Advice initiative, announced in 2017.

“Focus on technology is a differentiator and it’s a game changer. And I’m really excited and confident about how I think that digitally-enabled advisors are going to be able to even better serve their clients in the years ahead,” said Elwyn. 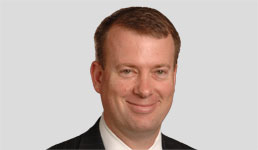 Another component of the trend of the changing nature of advice itself is a focus on longevity planning and solutions, the panel said.

Raymond James is already working in this area with the Massachusetts Institute of Technology’s Age Lab, said Elwyn, in answer to questions pertaining to longevity issues and quality of life.

“They go far beyond the focus that I think far too many [in] wealth management have had on simply a Monte Carlo simulation," Elwyn said, referring to the classic algorithmic modeling method of determining possible outcomes. "This really makes it real, and it makes it human, and it helps our clients be able to age in place, and to better quantify and qualify what retirement looks like.”