With a new head of advisor recruitment at the helm, RBC Wealth Management U.S. is looking to attract more women and diversify its financial advisor force.

Kristen Kimmell, a long-time advocate for women in the business, was appointed to the job last week. Her efforts so far have helped the firm grow its female advisor ranks by 23% in the last two years and double the number of women branch directors.

Kimmell talks to FA-IQ about what her key priorities are for RBC's recruitment strategy and what approach the firm is taking towards increasing diversity.

Q: What are your top priorities in terms of recruiting strategy?

A: I really want to make sure that not only are we focusing on bringing that top talent into RBC but ensuring that we’re retaining the top talent that we have by ensuring that our financial advisors have access and the support they need to serve their clients on a daily basis. So that’s one of the top priorities. Then making sure we nurture the culture we have, where financial advisor feedback is welcome and solicited so we can make sure we’ve got the platform that is really the destination of choice for top financial advisors.

Q: Do you have any targets of where you’d like RBC’s women advisor population to be? What are some of the ways you’re looking at boosting your women advisor ranks?

A: We’ve been tackling that a couple of different ways. A couple years ago, we launched a video series where we wanted to do a little bit of myth busting. We wanted to showcase that everyone’s path to [becoming] a financial advisor is different. Some of our top financial advisors have had some pretty interesting paths to the role they’re in -- one of them being a retired engineer, and another one being a trained chef. We’ve had nurses and school teachers and single moms and people that knew at a very early age that they wanted to do something in business as they defined it.

We launched in social media, just kind of allowing other females to see themselves as the face of the successful financial advisors that we have today. And trying to get some momentum considering financial services as a second career in some cases as well. That's an area we’re looking at for attracting more talent, in that second career or transitioning female perspective.

And then we have done a number of sponsorships where we’ve been talking to a diverse group of potential individuals to increase the pool and ensure we’ve got greater diversity. So, we’ve talked about women who are pivoting careers, or empowering women was another series that we had done.

We started an ambassador program at the colleges where some of our former interns are going back to their universities and colleges and holding more informational sessions on financial services and trying to attract more diverse talent into financial services that way. This year, I’m excited to say we’ve gone back even a step further now. We are supporting and providing mentors for a club of females in a high school and allowing them to see the potential opportunities before them in financial services. 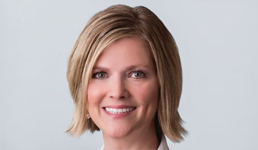 Q: Is there a different plan for boosting other underrepresented minority groups?

A: I think what we’d like to do is leverage the success and momentum we’ve had with women. I’m excited to say we're launching another video series now that is broader than just women, talking about diversity that we can showcase as talent within RBC.

I think one of the things that’s been great about the [female] events we’ve been doing ... we’ve been trying to make sure that we keep it as broad as possible. And then even getting into the college ambassador program, that has certainly been broader than just female [oriented].

Q: Experienced advisors versus new recruits — what is the kind of mix you’re looking for in terms of recruitment strategy?

A: I don’t have a specific mix that we’re looking at right now. One of the things we are looking for is kind of looking across the spectrum, not only at RBC, but broadly across that industry ... ensuring we’ve got more diversity. Part of the reason for the focus on females has been that we know today that more women are controlling the wealth in their households. Women are more educated, and they have higher earning careers today. And we want to make sure they’ve got the financial advisors they can choose from, that they want to work with. In some cases they’re looking for a financial advisor that looks like them. And so we need to make sure that whether it’s females or other diverse groups, that we’ve got financial advisors that represent who it is that they want to work with.

Q: Are you looking into expanding into newer markets or focusing on certain geographies through recruitment?

A: Right now, we’re focused on the markets we’re in. We’re across the U.S. right now. So, what we’re looking at is strengthening the footprint we have today and attract in the markets that we’re in.

This interview has been edited for brevity and clarity.