The concerted effort of seven states and the District of Columbia to quash the SEC’s Regulation Best Interest is disruptive to the broker-dealer industry, lawyers who anticipated the legal challenge warn.

The coalition of seven states — New York, California, Connecticut, Delaware, Maine, New Mexico and Oregon — and the District filed the complaint for declaratory and injunctive relief against the SEC and Chairman Jay Clayton. The lawsuit was filed Monday at the U.S. District Court of the Southern District of New York, as reported.

The lawsuit “puts the industry in a difficult position,” says Richard Kerr, a Boston-based partner at law firm K&L Gates.

“The compliance deadline for Regulation Best Interest will come quickly and any uncertainty with respect to the validity of the rule will put broker-dealers in a precarious place in much the same way the challenge to the DOL fiduciary rule did,” Kerr adds.

The enforcement of Reg BI includes a transition period until June 30, 2020 to give firms "sufficient time" to come into compliance.

Reg BI — which was approved in June — requires broker-dealers to act in the best interest of their retail clients when making a recommendation of any securities transaction or investment strategy involving securities. But whether or not the new rule indeed puts the investors’ interests first remains the subject of intense debate.

In the short term, the lawsuit adds to the “tremendous uncertainty” the broker-dealer industry has faced “around the proper standard of care for years now,” according to New York-based lawyer Jonathan Brennan. 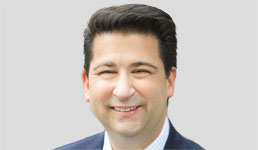 However, the lawsuit may ultimately produce the clarity the broker-dealer industry needs when it comes to the standard of care it owes retail investors, according to Brennan. He was previously Merrill Lynch’s head of wealth management litigation before setting up his own practice last year.

“In the long term … everyone in this industry will benefit if these questions receive clear, fair and final answers,” he says.

Brennan, who describes the lawsuit as a “bold move,” says he is “interested to see if more states ultimately join.”

Although Brennan believes the legal challenge mounted by the seven states and the District faces hurdles, he isn’t drawing any conclusions.

“Legally, they face an uphill battle given that courts typically defer to agencies when interpreting statutes,” Brennan says. “Nevertheless, the financial services industry mounted a successful challenge to the Department of Labor’s fiduciary duty rule just last year using similar arguments and legal strategy, so it can be done.” 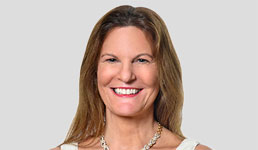 Marcia Wagner, Boston-based partner of the Wagner Law Group, says she is surprised it took more than three months for a legal challenge to be mounted against Reg BI, given the negative response the rule received from certain sectors when it was approved in June.

Wagner believes the SEC will likely argue in court that the states lack constitutional standing in challenging Reg BI — an argument that “has nothing to do with the merits” of the rule.

There are several factors that could affect the ultimate outcome of the legal challenge, according to Wagner, including how far the parties are willing to go.

In March last year, the U.S. Court of Appeals for the Fifth Circuit ordered the DOL to vacate the fiduciary rule in its entirety. The appeals court held that the DOL rule conflicts with the Erisa language and the common law understanding of the term fiduciary.

The appeals court also held that the DOL rule was not a reasonable interpretation of existing law and failed to comply with the Administrative Procedures Act.

Meanwhile, Wagner suggests the SEC is likely prepared to defend Reg BI against allegations that it fails to satisfy the basic investor protection requirement set forth for the watchdog under the Dodd-Frank Wall Street Reform and Consumer Protection Act of 2010.

This alleged failure is among the allegations raised by the seven states and the District.

“On the merits, the SEC, as evidenced by its lengthy discussion of the issue in the preamble to Reg BI, anticipated that it would be challenged on the grounds that its actions failed to satisfy the requirements of Dodd-Frank that the standards for RIAs and broker-dealers be harmonized,” Wagner says.

“It [the SEC] believes that it can establish that this result was not mandated by that act, and its actions should be upheld under the standards of Chevron Deference,” she adds, referring to a 1984 decision that says in certain circumstances government agencies can have the last word in statute interpretation.

Micah Hauptman, financial services counsel of the Consumer Federation of America, says he is pleased the seven states and the District stepped in to protect retail investors by legally challenging Reg BI.

Hauptman says he agrees with the allegations of the seven states and the District that the SEC exceeded its authority and flouted congressional intent by refusing to adopt a uniform fiduciary standard under Dodd-Frank.

“Instead, the SEC chose to promulgate a rule that doesn’t appear to provide any meaningful benefits beyond existing Finra suitability rules,” Hauptman says. “Under Reg BI, investors will continue to be exposed to harmful conflicts of interest while being misled about the protections they are receiving.” 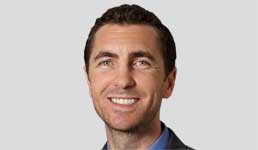 Hauptman says the CFA and others warned Clayton repeatedly that the SEC risked being sued for choosing to proceed with Reg BI.

“Unfortunately, he made clear he was more concerned with a potential lawsuit by the broker-dealer industry than by others,” Hauptman says.

Meanwhile, American Securities Association CEO Chris Iacovella says “the lawsuit is nothing more than a political Hail Mary intended to undermine the important work done by the SEC.”

Iacovella defends Reg BI by saying it increases consumer protection and sets a national standard of conduct for financial professionals.

“Allowing state AGs [attorneys general] to set national policy is a bad idea that will ultimately harm Main Street investors and make it more difficult for them to save and invest for a better future,” Iacovella says.

FA-IQ reached out to Sifma, the lobby group for the broker-dealer industry, for this article but didn’t get a reply as of this writing.

The lawsuit asks the court, among other things, to:

The Office of the New York Attorney General says in a statement that the state’s AG, Letitia James, led the coalition of eight AGs in filing the federal lawsuit.

“With this rule, the SEC is choosing Wall Street over Main Street. Instead of adopting the investor protections of Dodd-Frank, this watered-down rule puts brokers first,” James says the statement.

“The SEC is now promulgating a rule that fails to address the confusion felt by consumers and fails to remedy the conflicting advice that motivated Congress to act in the first place,” James adds. “Despite the SEC’s refusal to do its job, New York will continue to lead the charge to protect the millions of individuals investing in their futures, including the millions of Americans saving for retirement.”

The lawsuit isn’t the first attempt to thwart Reg BI.

In June, the U.S. House of Representatives voted to pass a financial services and appropriations bill that includes an amendment that would have effectively stripped the SEC of its ability to implement its Reg BI package.

The amendment stated: “None of the funds made available by this Act may be used by the Securities and Exchange Commission to implement, administer, enforce, or publicize the final rules and interpretations.”

However, a budget pact for 2020-2021 signed in July by the White House and leaders of the Senate and House of Representatives effectively killed the amendment by barring poison pills, additional new riders or other changes unless agreed to on a bipartisan basis by the four Congressional leaders with the approval of President Donald Trump.