The Real Truth About Advisor Moves: What Lies Beneath the Numbers

Last year, most large broker-dealers claimed 12 months of record recruiting. This year, even though recruitment activity has slowed down a little, firms are still confident about recruitment pipelines and are gung-ho about their advisor retention. Yet high recruitment along with high retention could be confusing. Even the recruiters FA-IQ spoke with for this analysis piece are skeptical of the different metrics put out by the firms.

“The reality is everybody is losing some real bodies. If you’re trying to get what they really are — is it big or small? — no one really knows as to how much people are really losing. But there’s real movement of real bodies,” says Jeff Nash, former LPL Financial recruiter and CEO of Charlotte, N.C.-based consulting firm Bridgemark Strategies.

Advisor moves across firms often are measured by looking at the net additions to the advisor roster each quarter. It's not an ideal metric, many recruiters say, quickly pointing out the lack of any other publicly-disclosed metrics to make a comparison.

So, could advisor attrition or retention rates paint a better picture?

Not all broker-dealer firms report numbers pertaining to retention and attrition. However, the numbers that are reported are also not uniform, which complicates comparison.

“We’re at 3% attrition. So, that’s a healthy level of attrition. Would we like it to go lower? Absolutely. That is driven a lot of times by retirements in the industry and transitions of books,” says Rich Steinmeier, managing director and divisional president of business development at LPL, adding that the 3% figure does not include the departure of Independent Financial Partners which broke away to form its own broker-dealer in May this year.

“There’s always some regrettable attrition. I would say that our retention numbers are very high and I’d probably go as far as argue it's the highest in the industry — and that’s over a consistent time period. We publish our numbers and our numbers also include a number of retirements and people who are leaving the industry,” says Manish Dave, senior vice president of business development at Ameriprise Financial.

Ameriprise, in its latest financial report, records advisor retention at 92.9% for employee advisors and 93.2% for franchise advisors in the first half of 2019.

Raymond James does not disclose attrition or retention rates in earnings reports but has said in the past that its annualized "regrettable" advisor attrition has been less than 1%, according to a company spokesperson.

But what do all these numbers actually mean?

If you ask experts, many of these professed figures could potentially raise more questions than they answer. A percentage number for attrition also may not give the full picture.

“When you have 14,000, or 15,000, financial advisors, if you lose 2% of advisors, that’s a ton of advisors, and a lot of assets. But [2%] doesn’t really look that bad,” says Louis Diamond, executive vice president and senior consultant at Diamond Consultants, giving an example. He says the problem is especially visible in wirehouses.

Another factor to consider, experts say, is the quality of advisor who is leaving. The loss of an experienced advisor may have more of an impact than that of a new recruit with a small practice.

A change in advisor headcount could also be related to FA retirements. Whether the firm retains or loses those assets is an added nuance.

John Pierce, head of recruitment at Stifel Financial, says the firm typically has 50 retirements a year, but it retains all assets because of a “generous retirement program” and regrettable attrition outside of retirement is very low.

“As you saw in the first quarter, and second quarter, regrettable attrition is de minimis. We retained and captured all the assets of those retiring financial advisors," says Pierce.

Stifel does not report retention or attrition rates in its financial filings. The firm clarified that it lost four people in Q1 2019 and three people in Q2 2019 in non-retirement related attrition. 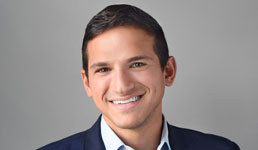 Why do advisors leave and where do they go?

Even if regrettable attrition is low, where do advisors go when they leave these firms?

Broker-dealers insist that very few advisors leave them for other firms. Perhaps where they move on to might reveal some of the underlying trends Diamond referred to earlier.

“In every situation, it’s a little bit unique in terms of why they’re leaving and what they’re leaving for,” says Dave. “There’s a number of different reasons that probably are motivating each practice. But ultimately, I think there’s always something they’re trying to solve for that for one reason or the other.”

For some, advisor departures are specific to company strategy.

For others, it's about the FA’s path to succession planning. Perry says she has seen a few advisors move because the seller or buyer of a retiring practice may not want to continue with the same firm.

“I have seen the succession planning thing once or twice this year, because it is getting much more attractive for people to purchase practices. And there’s so many more buyers and sellers that sometimes the buyers are going where the sellers are,” says Perry.

LPL financial, however, saw some advisors leave for a surprising reason. “We saw some of our advisors who left to go to an employee channel,” says Steinmeier. And that, he says, prompted LPL to create an employee model for independent advisors that the firm announced in May.