Why will one broker be slapped on the wrist for serious fraud while another is banned for a seemingly-innocent mistake? While many have casually pondered this question, even those who have tried to probe Finra disciplinary records for an answer may end up more confused than when they started.

For those who haven’t read the self-regulator’s Sanction Guidelines, sanctions imposed can sometimes seem arbitrary. But “there’s a method to the madness,” which wasn’t always the case, asserts Columbus, Ohio-based lawyer Dennis Concilla.

The guidelines attempt to “provide uniformity in the application of sanctions,” adds Concilla, the head of the securities litigation and regulation practice group at Carlile, Patchen & Murphy.

The actual sanctions — whether a fine, suspension or a bar from the industry — are “very much decided on a case-by-case basis, depending on the circumstances of the case and the history of the individual," he says.

Before the guidelines were introduced in 1993, there were “many inconsistencies” in sanctions ordered by Finra enforcement offices, Concilla says. Citing a case he handled pre-guidelines, Concilla says his client — a registered representative — changed the date on a letter-of-authority previously signed by a senior client to help the client settle some bills that needed to be paid immediately. “She had good intentions,” he says.

Finra doesn't have the right to play stormtrooper and seize whatever it wants under penalty of being barred.
Alan Wolper
Ulmer & Berne

One field office issued his client a warning, while another ordered a suspension and a fine — two vastly different responses to the same action.

But when Finra created the guidelines to avoid such discrepancies, “they went with the harsher applications of sanctions,” Concilla says.

The guidelines were created by the National Adjudicatory Council, which is a Finra committee that reviews initial decisions rendered in Finra disciplinary proceedings. The guidelines are reviewed and updated as needed.

From January to April this year, Finra barred 59 registered representatives and suspended 62.

Concilla presumes that most of Finra’s 630,000 registered representatives haven’t read the Sanction Guidelines and may be surprised by the sanctions, especially if they seem arbitrary.

“I don’t think anyone really enters the industry with the intention of committing a violation, so the Sanction Guidelines wouldn’t be among the documents they would prioritize reading,” he says.

But why would the sanctions seem arbitrary? Here are two real-life examples.

In April, Finra barred Nelson Freyre-Gallardo. The San Juan, Puerto Rico-based former broker was most recently registered at MML Investors Services for a year and at AXA Advisors for 11 years before that.

Freyre-Gallardo’s disciplinary action stemmed from an alleged violation of an AXA policy when he used the firm’s Federal Express account for personal mail expenses, which was the reason the firm gave for his 2017 termination.

In a statement included in his BrokerCheck record following the termination, Freyre-Gallardo took full responsibility for his FedEx usage but noted it was not sales- or customer-related. He explained that he unintentionally used AXA’s FedEx account for personal purposes, claiming he had “mixed up” the account “numbers.”

Ultimately, however, Freyre-Gallardo was barred because he refused to appear at a hearing for the case, which is in violation of Finra rules 8210 and 2010.

Rule 8210 gives Finra the following rights for the purpose of an investigation, complaint, examination or proceeding:

Rule 2010 requires a member to “observe high standards of commercial honor and just and equitable principles of trade” in the conduct of business.

Also in April, another broker, William Stafford Thurmond of El Paso, Texas was fined $25,000 and suspended from association with any Finra member for 15 months. Without admitting or denying the findings, Thurmond consented to the sanctions and to the entry of findings that he recommended unsuitable leveraged and inverse-leveraged ETF transactions to a customer.

Finra is not a government entity. We don't have subpoena powers. What we do have is Rule 8210 — that requires individuals to provide information when requested [or face being barred].
Spokeswoman
Finra

Finra says those investments were not suitable, given the customer’s risk tolerance, financial experience and liquidity. As a result of Thurmond’s unsuitable recommendations, the customer suffered losses of $212,731 while generating $42,724 in commissions to Thurmond, Finra says. The customer recovered the losses through an arbitration proceeding against EDI Financial.

In the two examples above, especially without the full details of the circumstances surrounding both cases, it may seem that using the FedEx account of a firm for personal reasons would not merit a bar, compared with other cases involving harmed customers.

But here lies the power of Rule 8210: Failure to appear in a hearing or provide information when issued an 8210 letter results in a “standard” bar.

A bar is also “standard” if an individual provides a “partial but incomplete response” to a request for information, unless the individual can demonstrate the information provided was already in substantial compliance of the request.

Last year, Reminger Attorneys at Law described a registered representative's receipt of an 8210 letter from Finra as “a gut-wrenching feeling.” Spodek Law Group describes failing to respond to Rule 8210 as not just losing a license but losing “your livelihood.”

From January to April this year, Finra barred 33 registered representatives because of Rule 8210 violations — 56% of the total number of individuals barred by the SRO in the same period.

In a blog post published in February, Alan Wolper, co-chair of financial services and securities litigation at law firm Ulmer & Berne, called out Finra for what he described as its “abuse of 8210 power.”

Wolper notes that he has written about this subject repeatedly, but this particular post was triggered by a case that had spanned several years.

Under threat of a Rule 8210 violation, Wolper says Finra required his client to produce a laptop immediately, claiming that everything on the hard drive — excluding the email folder — would be “fair game; no matter how personal.”

Wolper says he objected to the search of the hard drive at an enforcement hearing “a couple of years” after it was searched, “calling it illegal, complaining that Finra had absolutely no right to see anything on the hard drive except documents relating to the [broker-dealer].” His arguments were shot down at the hearing.

“That’s not how 8210 works. It does not provide Finra the right to play stormtrooper and seize whatever it wants under penalty of being barred,” Wolper argues.

“This sad case underscores the need for the rule to be amended to add a process by which the recipient of an 8210 request can challenge the request without having to worry that the consequence of not prevailing is a permanent bar,” Wolper adds. 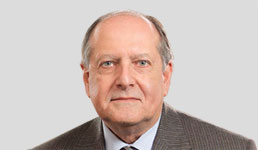 “Finra is not a government entity. Thus, we do not have the ability to subpoena information,” says a Finra spokeswoman.

“What we do have is Finra Rule 8210 — a crucial tool that Finra relies on to protect investors and the market by requiring individuals under Finra’s jurisdiction to provide information when requested. When an individual chooses not to cooperate in an investigation, Finra seeks to bar them for failing to comply with Rule 8210,” she adds.

“Maybe he can’t prove he didn’t do it, maybe he can’t afford the lawyers’ fees, maybe he wasn’t that good in the profession anyway and wouldn’t mind leaving the industry, or maybe he would rather leave the industry without admitting to guilt rather than be proven to be guilty,” Concilla says.

Compared with pre-guidelines days, the sanctions are better but could still be improved, says Concilla.

“I think the Sanction Guidelines have been helpful. They’re doing a better job of trying to be uniform, while at the same time taking into consideration mitigating factors,” he says.

Although his client from that letter-of-authority case decades ago “was well-intentioned and wanted to help out her client,” she took shortcuts that got her in trouble, Concilla notes. “The shortcuts will get you in trouble.”