“Our concern was that considering the fact that every single broker came under potentially a different contract, it would be difficult to maintain a class action,” says Concilla.

But the magistrate’s recommendation does not necessarily mean round one has gone to the advisors.

“It’s certainly leaning in that direction pretty strongly but that may be premature at this point,” says Joseph Gentile of Sarraf Gentile who represents Cook.

Judge Bowman’s ruling through a report and recommendation is not final. The decision rests with U.S. District Court Judge Susan J. Dlott, who may or may not go along with the recommendation. Judge Dlott had referred the cases to Judge Bowman in April this year.

“We disagree with this ruling and are taking action to seek further review. The individual advisers who filed this suit are not parties to Ohio National’s selling and servicing agreements. Our contracts are with broker-dealers. They, in turn, contract with the individual advisers and pay them directly,” an Ohio National company spokesperson tells FA-IQ in a statement. “We have fully honored and will continue to honor our contractual obligations.”

Plaintiff lawyers say the recommendation has swung in favor of their clients.

“Typically, when you have a report and recommendation, if it is objected to, the objections have to be very specific,” says B. Nathaniel Garrett of Helmer, Martins, Rice & Popham, who is representing Cook. “The fact that the Magistrate ruled in our favor, it makes it harder for Ohio National to argue that it should be overturned,” says Garrett.

Concilla believes that the ruling is an important step in a very long and complex litigation process.

“This decision is a tremendous statement that every individual broker in America, who is supposed to receive commissions and is not, has a cause of action. That opens the doors, frankly, to tens of thousands of registered reps to be able to join our case or bring individual cases,” says Concilla. “If you consider that there are tens of millions of dollars at stake here and probably tens of thousands of individual brokers, not many have stepped forward… They were waiting to see whether they had standing to be able to jump in and protect their rights.”

A broker-dealer representative’s legal standing to sue Ohio National was at the heart of the matter for both cases.

Ohio National entities, as the spokesperson says, argued that the advisors themselves not party to the selling agreement. Additionally, matters of compensation were governed by separate agreements between the reps and their broker-dealers, the company argues.

According to motions filed in both cases, the defendants also contended that “where parties provide in their contract that third parties may be engaged to perform tasks beneficial to the contracting parties, such provisions do not endow third parties with enforceable rights under the main contract.” 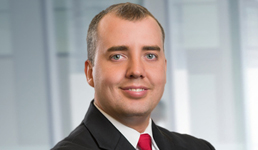 The advisors, on the other hand argued that the contract between Ohio National entities and the broker-dealer firms could not have been effectuated without the advisors.

“To say that the representatives could have something taken away from them and they’re not even able to be heard in court, I think is a remarkable position to make. And I think that’s why you’ve now seen two judges go against Ohio National and say, ‘No, of course not,’” says Garrett.

According to court documents, another factor Judge Bowman considered was a ruling in a separate yet related matter. In April 2019, a federal court in Massachusetts ruled in favor of a Commonwealth Equity Services advisor Margaret Benison to compel arbitration against Ohio National for stopping trails for variable annuities.

Based on her own analysis, consideration of Ohio law and “the factual similarities in Benison and the instant action,” Judge Bowman was “persuaded by the finding in Ben[i]son”, reads her ruling.

Another class action lawsuit was filed before the Ohio federal court in November 2018 by Veritas Independent Partners, an Arkansas-based broker-dealer. Geoffrey Moul of Murray, Murphy Moul and Basil, who is representing Veritas, welcomed the ruling in the other cases.

"This report and recommendation by the magistrate bodes well for the clients of broker-dealers, the representatives of the broker-dealers and the broker-dealers themselves. All those stakeholders are in this fight together. Broker-dealers want Ohio National to pay commissions owed so everyone is compensated fairly and the customers can be advised appropriately. So, the more well-reasoned are court decisions rejecting Ohio National’s misguided efforts the better," says Moul.

Does the fact that Judge Bowman recommended consolidating the lawsuits change anything for the cases?

“From our perspective, it makes a lot of sense for these cases in Cincinnati to be consolidated,” says Garrett talking from an efficiency standpoint. However he is quick to point out the subtle differences within the similar cases.

“The Veritas case is just limited to broker-dealers. The Browning case is a class of just LPL Financial Advisors. And then our class action is all financial advisors. So, if each one of us get the class that we are seeking, we can absolutely coexist. And ultimately, we’re all seeking trail commissions and damages monetary damages from Ohio National,” says Garrett.