"We wanted to be part of a firm where financial planning and personal wealth management are the focus,” Bouchard says in the press release. “We liked Ameriprise because these items are their number one priority.”

He previously managed $82 million at Merrill Lynch, according to Ameriprise.

Merrill Lynch is only one of the wirehouse to shed advisors to Ameriprise in recent weeks. Earlier this month, Ameriprise poached several advisors from Morgan Stanley and Wells Fargo who collectively managed $584 million.

In May, Ameriprise nabbed several more Morgan Stanley and Wells Fargo advisors who collectively managed at least $1 billion. However, that month Ameriprise also lost a veteran advisor who oversaw $275 million to independence. 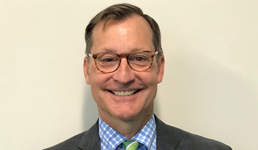