A laser focus on disclosures and conflicts of interest in the SEC’s new Regulation Best Interest could complicate matters for advisors dealing with products that have multiple class structures, according to experts.

In particular, mutual funds with multiple share classes that have 12b-1 distribution fees attached to them could pose a challenge for Reg BI compliance, fueling the call for clean shares.

“If you are disclosing the 12b-1 fees, is that a conflict that you can get away with if you can have this full disclosure? Or is it one where you’re going to have to eliminate that entirely?” Thomas Grygiel, principal consultant at ACA Compliance Group, asks. “I guess that would come down to if you have some mutual funds that you’re getting [a] 12b-1 fee and some you’re not. Then, apparently there was a conflict there that I don’t know you could disclose your way out of.”

Another issue that could arise is from the lack of specific parameters to define best interest, which gets particularly complicated in the case of products with different cost structures.

“Is it possible to prove that we’re acting in the best interest of a client where there are different cost structures for the same product?” asks Mike Pedlow, chief compliance officer at Kestra Financial.

“If you are disclosing the 12b-1 fees, is that a conflict that you can get away with if you can have this full disclosure? Or is it one where you’re going to have to eliminate that entirely?”
Thomas Grygiel
ACA Compliance Group

Pedlow explains the dilemma with the example of mutual fund share classes: Under the suitability standard, a C share may be suitable for an investor with a three-year time horizon, as opposed to an A share, which may be suitable for a client with a longer time horizon. Pedlow maintains it’s not just going to be a “point in time suitability determination” at the time of recommendation, but whether it is in the client’s interest over time. Moving forward five years, Pedlow says, if the client is still holding on to the C shares, then the advisor will have to evaluate that recommendation.

“Now we have to go back and determine whether that still makes sense to them potentially, or because that’s pretty burdensome, maybe what we need to do is standardize expense, or cost structure across the board by product. And that’s a big project from a compliance perspective. So, practically, what that would mean is, we only offer A shares for mutual fund transactions in a commission-based account, as an example,” says Pedlow.

Streamlining cost structure across product classes or product offerings may not be easy either.

“We have to go through the analysis of understanding what the most beneficial cost structure is for all of our clients. And that’s tough, because, they’re all different,” says Pedlow.

This is not the first time that mutual fund share classes and associated 12b-1 fees have been caught in a regulatory tangle.

“One of the big issues in the DOL rule was levelization of transaction-based compensation. We did a lot of that work, for example, on variable annuities and illiquid alternative investments.”
Mark Quinn
Cetera Financial

In March 2019, the SEC settled charges against 79 firms, including Wells Fargo, Raymond James and LPL Financial, ordering them to cough up $125 million for selling higher-priced mutual fund share classes to mostly retail investors when lower-priced options were available. The settlements followed voluntary disclosure by firms under the SEC’s Share Class Selection Disclosure Initiative announced in February 2018.

While experts claim that some work on leveling compensation structures across different product classes had been done to comply with DOL’s fiduciary rule, the task is far from over.

“One of the big issues in the DOL rule was levelization of transaction-based compensation. We did a lot of that work, for example, on variable annuities and illiquid alternative investments. We’ve substantially equalized or levelized compensation across those product classes. There are some other product classes — like mutual funds — where that’s harder,” says Mark Quinn, director of regulatory affairs for Cetera Financial. 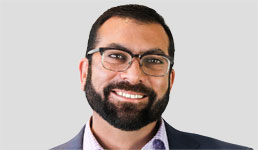 This regulatory scrutiny may result in more momentum for the call for clean shares that do not have any 12b-1 distribution-related expenses — similar to the traction clean shares gained in the aftermath of the DOL fiduciary rule.

“There was that move initially — to be able to comply with the DOL rule — to clean shares ... I think you’re going to start seeing that happen again. Your mutual funds are going to have to start offering clean shares,” says Grygiel.

So, are clean shares the answer to all of these complexities? Perhaps -- but not quite, experts say. In theory, offering clean shares could work but the execution would require coordination and time.

“Those sound like a great idea and a great way to solve the levelization issues,” says Quinn. But the execution may not be simple.

“You’ve got platform issues. Everybody like us who has to fully disclose clearing arrangements, the clearing platforms have to be able to accommodate those. And it makes things a lot more, you know, complicated to deal with,” says Quinn.