The jokes flow all too easily about the news that an annuities industry nonprofit marketing organization is sponsoring the Rolling Stones rock band’s “No Filter” national tour, scheduled to start later this month.

“As a band that personifies longevity and living life to the fullest, The Rolling Stones continue to prove that age is just a number, and that living longer is really about continuing to do the things you love. And in the same way, millions of Stones fans want the freedom to continue doing what they love, regardless of age,” states the website of The Alliance for Lifetime Income, the non-profit membership organization for sellers of annuities including Prudential, AIG, and Jackson National, which is the sole sponsor of Mick Jagger and his bandmates’ scheduled concerts.

The Alliance launched last year with an ad campaign and online software tools to reintroduce annuities, including variable annuities, to financial advisors, their clients, and directly to retirees.

Critics, including high-profile financial advisor Ken Fisher, had bashed the annuities as generating high fees for marketers and unreliability for investors.

This year, the annuities industry has lobbied lawmakers in Washington, hoping to get passage of the SECURE Act, which would tweak rules for tax-deferred retirement plans in a number of ways, and likely spur the use of annuities in retirement accounts. 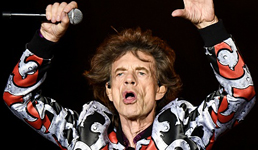 “[I]rrespective of what retirement means to you, the important question to consider is will you have enough money to last and pay for the things you want to keep doing?” the Alliance website states. “For Stones fans and millions of other Americans, the answer could be an annuity.”

But retirement, as a concept, is not the answer for Jagger, who will turn 76 years old while on tour this summer.