Edward Jones, Charles Schwab and Morgan Stanley are among the firms leading the pack in consumer trust ratings, according to a new study from retail investor research firm Hearts and Wallets.

Whether or not advice firms are trusted is “an important predictive measure for share of wallet,” the study notes.

Edward Jones and Charles Schwab lead in terms of consumers who say they will be increasing their assets with their financial services firms.

Ameriprise, Charles Schwab, Edward Jones, Morgan Stanley and USAA rank the highest among those consumers intend to recommend to others.

The study didn’t give a breakdown of the responses.

Consumers have more investment and saving relationships than ever, according to the study.

More than half of U.S. households currently have two or more savings or investment relationships, higher than the 36% who did in 2011, the study notes. 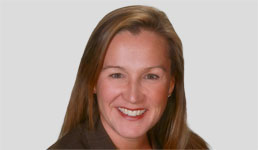 “Consumers like to diversify rather than keep all their nest eggs in one basket,” Laura Varas, founder and CEO of Hearts & Wallets, says in the release. “They like to spread their wallet around to reduce risk but also combine service models to benefit from the different offerings."

This tendency to diversify translates to financial services firms getting a lower share of the consumer wallet, according to the study.

The average share of this so-called wallet entrusted to primary stores has declined to 71% from 75% in 2015, the study notes.

Firms that want to retain consumers "should educate them about the benefits of keeping multiple relationships under one enterprise-level umbrella,” Varas says.

A previous study from Hearts and Wallets in April revealed that Wells Fargo Advisors was among the top personal FA firms for understanding and sharing client values.

Around 40% of Wells Fargo Advisors’ customers gave the firm a “very high trust rating,” which is the upper end of the typical 20% to 50% range, according to the research firm.