The strategy looks at buying assets of advisors with at least $2 million in topline revenue.

Kestra Financial is looking to buy out books of retiring high-producing advisors, both within and outside of its network. Kestra CEO James Poer says that while the strategy had its origins in the thinking of its previous owner, NFP, it is a focus this year “that will build a large national wealth management business that focuses on serving the succession needs of independent wealth management firms.”

Kestra currently has about 10 firms and an aggregate $3.5 billion in assets that it has accumulated in this channel. The strategy looks at buying assets of advisors with at least $2 million in topline revenue, and Poer says in 2019 the firm is looking to close another five to eight deals. “I think in terms of earnings, that will be somewhere between five and $10 million,” says Poer.

But why would an independent advisor consider selling their book to a firm? It’s a question raised by most recruiters with whom FA-IQ spoke. Some even wondered if there was a higher financial incentive involved.

Poer says the firm offers “a highly competitive market level multiple” to the advisors but offers another explanation why it might be a good idea for advisors to go down this route: “If you’re already within the ecosystem of Kestra, we’re probably the lowest-risk transaction for you. So why would you sell with someone else and take on the transition risk and execution risk, because everything is already at Kestra if our company is buying the business? So, there’s an incentive for the advisor – a) we already have a competitive rate, but b) they don’t have to go through a transition of any sort and there’s a real benefit in that.”

Some recruiters believe the deal could work as a solution for retiring advisors in some cases.

“This solution is different than most. It sounds like it’s going to be a turnkey platform. It might be something that advisors can leverage, if they can’t find a successor on their own, or they want their firm to have a solution that’s ready and turnkey for them,” says Jodie Papike, president of recruiting firm Cross-Search.

So how does it work?

“We have acquired the business, so we own the clients. There’s typically non-compete, non-solicit sort of arrangements with those second generations,” says Poer.

But some recruiters have their reservations.

Frank LaRosa, founder and CEO of Moorestown, N.J.-based Elite Consulting Partners, says generally that a deal that doesn’t give the advisor ownership of the assets and doesn’t allow them to take the clients with them may not be a good idea for younger advisors.

“They’re wasting their own time and building their own practice over the years by working on a practice that won’t be theirs,” says LaRosa.

Others also feel such a deal would benefit the firm more than advisors.

“It sounds like they’re kind of going the route that the wirehouses are talking about going, where they want to get away from fees and commissions and go to salary and a bonus, which will be much more profitable for the broker-dealer but less profitable for the advisors,” says recruiter Jon Henschen of St. Croix, Minn.-based Henschen & Associates, who works with independent broker-dealers. “When you were to say non-compete, that’s captive. It’s like, ‘Hey, these are the broker-dealers assets, not the reps'.’ That’s captive.”

Henschen says the lack of ownership by the advisor may also have a bearing on the service to clients.

“Will the clients be served as well as somebody that has ownership? I tend to think not. When you don’t have ownership, it’s kind of like, when was the last time you washed a rental car?” says Henschen.

The issue of ownership also seems contrary to the idea of independence at Kestra, a firm that has an independent broker-dealer channel. But the firm’s management disagrees.

Poer says Kestra shouldn’t be considered “just an independent broker dealer” but rather as a financial services company that has a lot of different businesses within the wealth management space with a focus on servicing mass affluent and high net worth clients. He also says the channel won’t cannibalize opportunities for other advisors in its network.

“If we’re looking to acquire a firm that is in our ecosystem, and one of the firms that we serve is also looking to buy it, we will stand down, because our job first and foremost is to serve those independent financial advisors throughout the life cycle of their career,” says Poer. 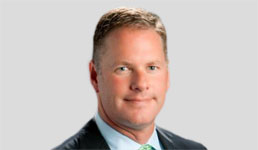 The fact that Kestra has a new private equity owner in Warburg Pincus might even further this program.

Last week Cetera Financial announced it would help facilitate succession planning for advisors evolving out of the business by buying their books over the short term in case it was unable to find a suitable match to transition the book to another advisor.

Kestra’s strategy, however, is to make buying books a long-term business channel.

Recruiters say that while this is a new phenomenon for firms to buy out books as a succession strategy, the need for flexibility and independence for advisors in the independent broker-dealer channel could potentially be the factor limiting its success.