CCI offers financial planning, investment advisory, tax, accounting and family business consulting services under the leadership of Jeffrey Reitzes, who is staying with the firm.

This was the second purchase since June 2017 when MAI took a minority stake from private equity shop Wealth Partners Capital Group, with a view to help the firm identify other RIAs for acquisition, says MAI managing partner Rick Buoncore.

While Buoncore says the CCI transaction gives his firm “a little more scale by raising AUA to $5.5 billion,” the purchase may be just the beginning.

Buoncore says MAI is set to announce two more deals by the end of the summer. Both transactions are for firms “in the vicinity of half a billion [AUM] each.”

The acquisitions are “very well-established firms” that will help “make a beachhead” in new regions, he says, without disclosing the names or locations of the firms.

Wealth Partners Capital Group managing partner John Copeland says “one of the firms we have talked to for well over a year and the other over nine months. Partnerships take a while to form. Acquiring firm owners want to make sure culture, investment strategy, fee structure, and many other factors fit.”

Wealth Partners Capital and MAI hope to have “definitive agreements” reached with each firm on the terms of the deal this quarter, Copeland notes.

“MAI is one of the few that could grow into a national or super-regional RIA,” says Copeland, whose private equity shop is an investor in and partner to three nationally-recognized RIAs. “But to do that you need to be in more geographies. Wealth management remains a local business and clients prefer to have someone they can see in person and drive to versus someone they can’t.” 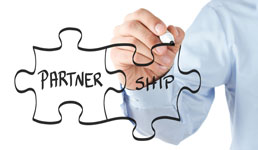 “Over the course of the next five years MAI aims to continue to build a strong national presence,” says Buoncore. And as part of that, the firm “expects there will be several additional announcements through 2021,” he adds.

CCI’s Reitzes, who will become a managing director of MAI, was not available to comment on the deal.

Details of the deal were not disclosed.