The idea is to encourage retirees to leave their business with the wirehouse.

To boost its recruiting and retention efforts, Wells Fargo Advisors has announced that, effective April 1, it will offer more generous options for FAs on both sides of its succession packages — those retiring and those getting the retirees’ books of business.

Specifically, WFA will offer retiring advisors who commit to a warm hand-off of their book of business to remaining WFA FAs a loyalty award of 25% over their trailing 12 months production.

At the same time, WFA will offer its FAs who commit to purchasing the retirees’ books of business as much as 100% of the acquired book’s T-12 — to be paid out in 10 years of monthly bonuses.

“We are looking at where we are, as an industry, and where we are going in terms of the demographics and how we can be the go-to place,” says Kim Ta, WFA’s director of teams and succession planning.

“We’ve been working on this for years. I’ve been trying to figure out a way to do this for a long time,” says John Alexander, WFA’s head of advisor-led business in the West division, who credits Ta with devising the new formulas.

Under the new plan, if retiring advisors’ T-12 amounts equal $500,000, they could negotiate succession valuations of as much as $625,000, bankrolled by the firm. The acquiring advisors would, in turn, receive $500,000 loans, paid in two installments, and then pay off those loans with the scheduled 10-year monthly bonuses.

The arrangement appears to remove some of the risks of a succession transaction for the acquiring advisors — a development that could lure more recruits to WFA.

“Once the acquiring FA has fully amortized the loan, there are no additional restrictions on the acquired book of clients,” says Ta. That is to say there are no restrictions beyond those imposed by the Protocol Agreement for Brokers, which lets FAs move freely among participating firms and take some of their client information with them.

At press time, not all the ramifications of the new WFA succession plan’s bells and whistles were entirely clear since wirehouse managers only unveiled it to FAs this week.

In that context, outside recruiters, while they applauded the wirehouse’s creativity, withheld judgment about the consequences of the new WFA plan.

“Succession planning is the biggest challenge in the industry. To the extent that any firm is making it easier for advisors, I will give them credit for creativity,” says Danny Sarch, the president of White Plains, N.Y.-based Leitner Sarch Consultants.

All the wirehouses recently have “sweetened” succession plans for advisors -- but all have also added asterisks to those plans, Sarch says. 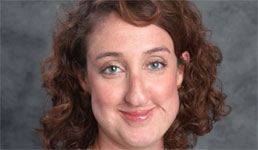 “Clearly Wells is recognizing some of the flaws in sunset programs out there,” says Barbara Herman, a senior vice president for New York-based Diamond Consulting.

“Everyone is sweetening these deals, as their average age of the FAs is increasing,” says Bill Willis, president and CEO of Willis Consulting in Palos Verdes Estates, Calif.

In recent years, WFA, tarnished by the well-publicized scandals at its parent banking company, has lost advisors steadily. The company reported it had 13,968 advisors as of Dec. 31, 2018, down 106 from the previous quarter and 566 from the prior year.

In the industry in general, according to recruiter comments expressed to FA-IQ for a prior story, younger advisors are often left with the short end of the stick when firms try to retain assets and lock their advisors into agreements. The recruiters told FA-IQ these agreements tend to shift the balance of power in favor of the firm and accord the firm more control over the inheriting advisor’s practice.