FAs say there were fewer donations to charities in 2018 compared to the previous year.

Although researchers have yet to finish crunching numbers to evaluate if philanthropic contributions grew or shrank in 2018, financial advisors catering both to high- and middle-income sectors report anecdotally that their clients opted to donate less to charities than they did in the previous year.

The two most likely reasons for a probable downturn in donations are President Donald Trump’s changes in the tax code, which reduced for many people the tax advantages of charitable gifts, coupled with the year-end stock market volatility.

“We didn’t see as much activity as there had been in the previous year,” says Beth Renner, a Wells Fargo Private Bank managing director, about clients’ charitable contributions. Renner is national director of Wells Fargo’s Philanthropic Services unit and leads a 110-member team of specialists who manage $26 billion in assets.

Historically, Renner’s clients make their giving decisions based in part on the appreciation in their investment portfolios. When the market went south in December, throwing year-end returns on investment into doubt, many clients held off on some of the charitable gifts that they may otherwise have offered, Renner says.

But Renner predicts no sustained retreat from charitable giving among her clients. “It’s more of a pause,” she says.

Jon Robertson, an advisor at Abacus Planning Group in Columbia, S.C., an RIA with $1 billion in assets under management, also spotted changes in his clients’ charitable-giving strategies this year. The new tax rules have prompted many of his clients to consider reducing their donations, he says.

“The middle-class person who is giving away a couple thousand a year, they are very likely not to get much of a tax benefit anymore,” Robertson says.

At the same time, the new law capped the deduction allowed for state income and property taxes at $10,000.

For many taxpayers, the consequences of both the higher standard and lower state tax deductions mean they often pay Uncle Sam more if they itemize their charitable gifts rather than take the standard deduction.

But for some of his clients – retirees who are older than 70.5 years, who must take required minimum distributions from their qualified retirement accounts – Robertson and other financial advisors suggest a workaround that allows for charitable giving to remain a tax-saving option.

If those retirees donate all or some of their required minimum distributions directly to charity, they are able to avoid reporting those amounts as taxable income. At the same time, they also preserve their eligibility to take advantage of the increased standard deduction, since they never itemized their donations, according to Robertson.

Alex Brill, a resident fellow at the American Enterprise Institute, a think tank in Washington, D.C., who studies the impact of tax policy, predicted in a paper published in June 2018 that charitable contributions would drop for 2018 because of the increased standard deductions.

“We find that the law will reduce charitable giving by 4% to $17.2 billion in 2018 according to a static model and $16.3 billion assuming a modest boost to growth,” Brill writes in the paper.

In a telephone interview, Brill says he based those projections solely on the consequences of the increased standard deduction. Many other economic factors could swing charitable contributions up or down. “It was assuming nothing else in the world changes,” Brill says.

It is likely that final, reliable numbers showing if the increased standard deduction influenced charitable donations will be available only after researchers sort through statistics from 2018 tax filings to the Internal Revenue Service – an event that is likely to be at least two years away, Brill says.

In the meantime, clients should continue to reassess charitable giving strategies based on tax consequences. That prospect creates opportunities for financial advisors to strengthen their relationships with clients, according to both Abacus’ Robertson and Wells Fargo’s Renner. 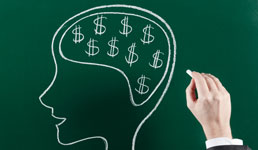 Charitable goals “are personal” and “the need for excellence is self-imposed,” Renner says, so when financial advisors help achieve more clarity about a client’s purpose for giving, they bolster their significance in the client’s world.