Beware: Sunset Agreements Can Have Hidden Pitfalls For Next Gen Advisors

Sunset agreements are a fast-growing technique the industry is using to help solve its looming advisor retirement problem. But are these contracts setting up the next generation of advisors for failure?

Last year, Boston-based research firm Cerulli Associates found 28% of advisors retiring over the next 10 years did not have a succession plan for moving their clients to another advisor. Yet success in transitioning a retiring advisor’s books to a younger advisor is important for the success of every party to the relationship: the exiting advisor, the successor, the firm -- and the client, industry experts agree.

“The retiring advisors are in a unique position, just given the deep relationship that they’ve had with many of these clients for a long, long time. They have a vested interest in making sure that those clients are well taken care of and handed off. In most cases, the clients that an advisor serves live in their community with them, they see them as their friends, they care deeply about their clients,” says Kimberly Ta, director of Teaming and Succession Planning at Wells Fargo Advisors. “So, when you couple the programmatic efforts we put in place on the transition with the very nature of the relationship that an advisor had with their clients … you get success more often than not.”

The burden is on the next gen advisor, because it’s the successor who's going to pay the lion’s share of the senior advisor’s retirement.Mindy DiamondDiamond Consultants

But that success may come at a cost.

“Those sunset programs — or monetize-in-place, or retire-in-place programs — can be a win-win for a senior advisor close to retirement,” says Mindy Diamond, longtime industry recruiter and president and CEO of Diamond Consultants. “But the burden is absolutely placed on the next generation [advisor], because ultimately it’s that successor that’s going to pay for the lion’s share of [the senior advisor’s] retirement program.”

Deal structures, whether an outright buy or revenue-sharing over a few years, play an important role in determining the financial burden as well as the risk for the younger advisor.

Recruiters feel that younger advisors are often left with the short end of the stick when firms try to retain assets and lock their advisors into agreements. According to recruiters, these agreements tend to shift the balance of power in favor of the firm and accord the firm more control over the inheriting advisor’s practice.

Diamond says many agreements include a clause committing the acquiring FA to the firm. She says when advisors inherit clients from retiring colleagues, they are often asked to “tie oneself up for seven years — or five years even — to make a commitment to a firm where [they] don’t really know what that future is going to look like.”

“We can use big data to help identify partnership and succession opportunities.”Kimberly TaWells Fargo Advisors

“And the changes that the firms are making are not made with any thought to what’s best for advisors,” Diamond continues. “It’s absolutely what’s best for the firm — the profitability of the firm. So essentially, an advisor who’s being asked to sign on for five years is committing to a black hole.”

Ta, citing the “at-will employment nature of financial advisors,” says there is no restriction on advisors.

“I don’t think you’re going to see a ton of variation across the wirehouses, in particular, in this space,” she says. When their advisor retires, clients are already expecting a certain amount of disruption anyway, says Ta. “So, we want to make sure that we’ve got the client’s best interest and that continuity and stability are in play for them,” she says.

“Advisors are employed at will. No one is required to work here,” says Ta. “So, we don’t have any of that type of restriction around working here, or not being able to compete or work somewhere else.”

Advisors may not be legally bound to stay but moving to another shop may not be a cakewalk either. Often, firms advance loans to young advisors to buy out the retiring FA’s book. And these loans need to be repaid.

Not only does such financing place the financial obligation on the prospective firm looking to hire that advisor (thus making them a very expensive hire) but it also raises questions about the advisor’s ability to take with them the book of business they inherited.

“When the firm is paying for the business, why should they give the younger advisor any rights to that business outside of their firm?” says Danny Sarch, White Plains, N.Y.-based recruiter and president of Leitner Sarch Consultants.

Every potential successor must make sure they understand what they’re signing.Robert GoffRaymond James Financial

At Raymond James’ independent business, Goff says there are no restrictions on moving to another firm if the advisor is not still not liable for continued payments, which would be a percentage of the book being paid to the retiree on an ongoing basis.

“If we do financing, there’d be a loan attached,” says Goff.

“That loan would have to be repaid if they if they decide to go somewhere else. But otherwise [there are] no restrictions tying them [to Raymond James].”

With many baby boomer FAs reaching the end of their careers, a tidal wave of advisor retirements is about to hit. At the same time, recruiting talent in the industry has become highly competitive, and therefore increasingly expensive. Recruiters feel firms that are making it difficult for advisors to leave may be looking to solve both problems in one go.

“It’s what drove leaving the protocol, it’s what’s driving these big retirement packages. It is the problem or challenge in the industry right now,” says Sarch. “I’m pretty sure that Morgan Stanley, who obviously was the first to leave the protocol, has been planning this as an overriding strategy for years. And I think other firms are watching this, saying that ‘Okay, we’re going to do the same thing.’ So, I don’t think there’s been a giant wake-up call about this. But I know it’s coming.”

Established in 2004, the Broker Protocol is an industry-wide agreement to allow for the easier transition of advisors between member firms. It prescribed what client information advisors could carry with them to their new employer. Morgan Stanley, one of the earliest members of the Protocol, withdrew from the agreement in November 2017 and since then has pursued litigation against a few advisors that have moved on. Potential litigation could be a deterrent for both the advisor looking to leave as well as their potential employers. 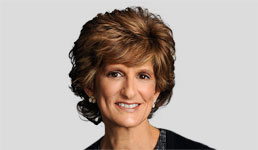 However, such strategizing by firms doesn’t mean sunset arrangements can’t prove valuable to young advisors. The fact that firms are interested in holding onto the assets also signifies effort and investment to ensure the success of the transition. Transition teams at many firms help the successors with support, technology, infrastructure and even guidance to assimilate the transitioning advisors’ clients with their own books.

Some firms, like Wells Fargo Advisors, leverage technology to help identify potential successors for an advisor thinking of retirement with a tool called the ‘Advisor Teambuilder Tool.’

“We’ve got advisors who are beginning to think about retirement … and they could use this new database to help identify folks with the right skill set who might be a fit for taking over their practice. So, we can use big data technology to help identify partnership and succession opportunities,” says Ta.

Subsequently, the conversations that once happened when advisors started thinking about retirement have begun to happen a lot sooner. Advisory firms — whether wirehouses or independent broker-dealers — are designing plans to help them navigate the environment of older advisors hanging up their boots. For the next generation of advisors, it presents an opportunity. But industry experts warn about the fine print of transition agreements.