Wells Fargo to Launch RIA ... But the Plans Don’t Convince Everyone

Some say it’s a smart move; others believe it won’t help it hang on to advisors.

Wirehouse Wells Fargo has revealed it is looking to get into the RIA space, according to news reports. But industry watchers aren’t convinced the plans will help it stanch the flow of advisors to rivals as the company tries to repair its reputation following more than two years of regulator scrutiny of its sales practices. Nevertheless, some believe the move may help its brand.

David DeVoe, head of the consultancy DeVoe & Co., called it a “smart defensive move” both for cutting down on advisor attrition and for the brand, according to ThinkAdvisor. And Dennis Gallant, of the consulting firm Aite Group, believes the move “makes perfect sense” because the financial industry is moving toward the fiduciary standard, the publication writes.

But even Gallant thinks establishing an RIA will not give “a big advantage” to Wells Fargo since other firms are probably thinking of doing the same, he said, according to the publication.

And Tim Welsh, head of Nexus Strategy, said the RIA move will not change the mind of an advisor who’s decided to leave, ThinkAdvisor writes.

“There is no hope for that, since the damage has been done and [Wells Fargo] is working its way out of that now,” he said, according to the publication.

What’s more, Wells Fargo already offers its representatives the option to go independent via its Financial Network channel, ThinkAdvisor writes. And rolling out a RIA could lead to “brand confusion,” Welsh said, according to the publication.

Wells Fargo has lost more than 1,000 representatives since the 2016 revelations that employees in the company’s retail banking unit opened millions of bogus accounts. 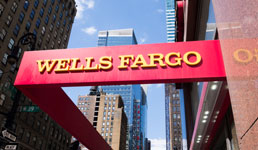 For most of this year, meanwhile, the firm’s wealth management units have been under investigation by the SEC and the Justice Department.

Wells Fargo was down 490 advisors as of Sept. 30 compared to a year ago, according to ThinkAdvisor.

The company has been losing advisors since then as well, most recently to Raymond James and Stifel Financial, who poached several Wells Fargo advisors earlier this month, as reported. In recent weeks, other Wells Fargo representatives have jumped ship to Ameriprise and also to LPL Financial.