Betty Schutte-Box and Troy Yenser managed $222 million at Wells Fargo Advisors, and will operate as Schutte & Yenser Wealth Management of Raymond James. They join Raymond James Associates, the firm’s traditional employee broker-dealer, in Richmond, Va., according to a press release.

“We were looking for a firm that we felt was on the cutting edge of technology and planning software for our clients, and we were very impressed by the culture,” Schutte-Box says in the press release. “We felt that Raymond James would embrace us and allow us to focus on the investment management and planning side of our business.”

Schutte-Box is a 25-year veteran of the financial industry with previous stints at Farland Investment Management and Edward Jones. Yenser began his financial services career at Edward Jones in 2009.

“I am pleased that Raymond James continues to attract advisors like Betty and Troy, who demonstrate a passion for helping their clients achieve their long-term financial goals,” says Dick Ferguson, southern division director for Raymond James Associates, in the release.

Raymond James has been aggressively recruiting advisors and its fiscal year to September 30, 2018 earnings are a testament to that. Raymond James expanded its total advisor count to 7,813, an increase of 6% or 467 advisors as compared to the previous fiscal year.

Since then, the company has announced ten instances of advisors and teams of advisors joining Raymond James, cumulatively managing client assets of nearly $2.4 billion, according to press releases on the company’s website. Almost half of those instances saw advisors move from Wells Fargo.

That includes a Mountain Home, Ark.-based 12-person team managing $560 million that transitioned from Wells Fargo in mid-November. Other notable advisor moves into the company include a Boca Raton, Fla.-based team managing $475 million that moved from Morgan Stanley in mid-October.

“At Stifel, we own the bank, the bank does not own us,” says John Pierce, Stifel’s head of recruitment. “Advisors understand the consequences of that last statement and are choosing Stifel for their clients, their teams, and their families.” 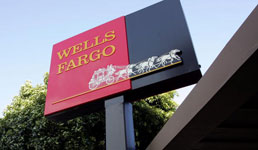 The firm has seen an exodus of financial advisors, losing more than 1,000 since the scandal first hit the banking unit.