Members of the National Association of Insurance Commissioners have rolled out a proposal to subject annuity sales to the suitability standard, which one consumer watchdog says doesn’t do enough to protect investors, InvestmentNews writes.

NAIC says the regulation would require that sales of the product “are suitable, in the consumer’s interest and result in transactions involving annuity products so that the insurance needs and financial objectives of consumers at the time of the transaction are appropriately addressed,” according to the draft proposal.

The proposal would force insurers and agents “to concentrate on the client,” Dean Cameron, director of the Idaho Department of Insurance and chairman of the NAIC working group, tells InvestmentNews.

"We don’t want agents or insurers to put their interests ahead of the consumer’s," Cameron tells the publication. "The consumer’s interest should be first and foremost."

But the wording doesn’t include the term “best interest,” as does the SEC’s proposed Regulation Best Interest, for example, InvestmentNews writes. This has led Birny Birnbaum, director of the Center for Economic Justice, who attended NAIC’s meeting on the draft, to question the regulation’s effectiveness in protecting annuity buyers, according to the publication.

Cameron, however, tells the publication that merely adding the term “best interest” — which he says has been heavily politicized and is “poorly defined” — wouldn’t address consumer protection anyway.

The rule does add requirements for insurance agents "to act with reasonable diligence, care, skill and prudence,” InvestmentNews writes. That addition “does significantly raise the bar for producer conduct," Jason Berkowitz, vice president and counsel for regulatory affairs at the insurance trade group Insured Retirement Institute, tells the publication.

NAIC will discuss the proposal again in November, and a final rule would need approval of state legislatures, Cameron tells InvestmentNews. In addition, NAIC isn’t likely to roll out a final rule until the SEC unveils its own regulations, according to the publication. 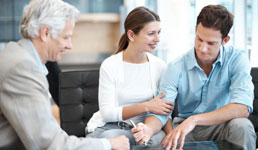 Annuity sales have surged from April to June to $59.5 billion, their highest level since 2015, according to the Limra Secure Retirement Institute.

The surge coincided with the demise of the Department of Labor’s fiduciary rule, which purported to force retirement account advisors to put clients’ interests first and would have required more transparency on annuity sales as well as barring brokers from selling investors higher-fee annuities when lower-fee ones were available. The DOL’s rule was vacated in the spring.