Talking to Clients About Risks from Government Policy and Politics

From tax cuts to interest rate hikes, the policy decisions made in Washington can affect your clients wherever they may be. Financial advisors must know how to walk clients through the changes and set their expectations for how these policies will impact their portfolios. 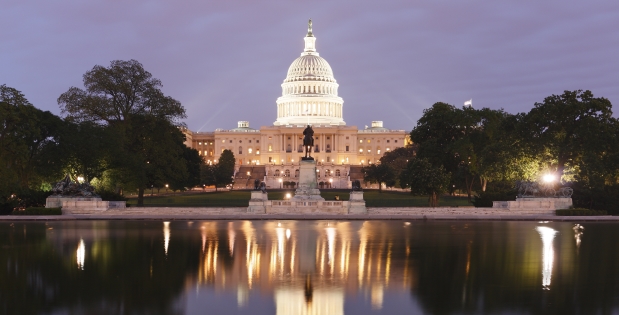 When credit rating agency Standard & Poor’s stripped the United States of its AAA status in August 2011, investors turned to their advisors for explanations about how the downgrade would affect their investments.

The situation stemmed from a combination of partisan disagreement and brinkmanship by U.S. lawmakers fighting over the debt ceiling. According to S&P, the fiscal consolidation plan to which Congress and the Obama administration agreed had not sufficiently stabilized the government’s mid-term debt situation, while political infighting had led to a worrisome lack of predictability and effectiveness.

The resulting AA+ credit rating set markets on edge and investors into a panic. However, this situation is only one example of government-related risks that advisors must be able to discuss with their clients. Indeed, market participants have long been vexed by political turmoil.

Other examples include the tariffs George W. Bush imposed on imported steel from March 2002 to December 2003, as well as recent U.S. tariff friction between the Trump administration and other major economies.

Since both government debt and trade can influence national economies, advisors also should take central banks into consideration when talking to clients about political and policy risks.

Rick Kent, head of Merit Financial Advisors in Alpharetta, Ga., an FT 300 Top RIA, discussed the 2011 AAA downgrade with clients. “I told them that although it was not a favorable outcome, a downgrade to AA+ also was not enough of a movement to frighten most bond managers because if that had happened to virtually any other bond than U.S. government debt, there would be much less concern,” he says.

He insists that when a big government policy issue occurs, like a credit downgrade or tariff battles, advisors should be proactive and not reactive. “Help clients understand what it really means by bringing unbiased clarity to the noise they get from talking heads on TV.”

Phil Blancato, President and Chief Executive Officer of Ladenburg Thalmann Asset Management (LTAM), a New York-based firm that manages over $2 billion, says there are times when it makes sense to adjust client portfolios based on policy headwinds.

“When evidence arose that the Bush-era steel tariffs were becoming a major political event likely to bring turmoil to stocks, advisors had an opportunity to shift clients out of equities and into fixed income.” Phil BlancatoLadenburg Thalmann Asset Management

He says LTAM added U.S. Treasuries to client portfolios in 2008, when the Federal Reserve began taking unprecedented action to maintain market liquidity as the lender of last resort to U.S. banks, with actions including dropping the federal funds target rate from 4.25% to near zero. By holding more Treasuries through late 2009, Blancato says, the firm’s clients saw a flight to quality that generated a positive return for fixed income mitigating the significant drawdown in equites, since active management helps reduce equity risk and reduce downside losses.

Blancato also recalls 2002 as a time for policy-inspired changes to client portfolios.

“When evidence arose that the Bush-era steel tariffs were becoming a major political event likely to bring turmoil to stocks, advisors had an opportunity to shift clients out of equities and into fixed income,” Blancato says. “Successful advisors kept clients more heavily positioned in fixed income than equities throughout the next 12 months, while re-evaluating every quarter based on how the market was responding to the tariffs — which eventually were opposed by the World Trade Organization.”

The S&P 500 plummeted 26.32% during the year following the onset of the steel tariffs, which began less than four months after the U.S. had emerged from the 2001 recession. The Barclays U.S. Aggregate Bond Index, meanwhile, rose 10.7% during that time.

Yet leaving clients overweight fixed income throughout 2003 would have limited their upside when equities rebounded, Blancato says. He notes that nimble advisors who reallocated to stocks in early 2003 helped clients gain from the S&P 500’s 43% rise that calendar year.

Kent, of Merit Financial, suggests that when recent U.S. tariff skirmishes with China, Canada, and Europe hit the headlines, advisors should have pointed out to clients that President Trump repeatedly indicated an ultimate goal of reasonable long-term trade policies rather than trying to derail the global economy.

Alan Rechtschaffen, a New York-based financial advisor for UBS who also teaches at New York University’s School of Law, says complex macroeconomic decisions can have an extraordinary impact on the markets and market sentiment. He argues that as the Federal Reserve began shifting domestic monetary policy from a reactive phase to a path of normalization, fiscal headlines encouraged volatility in America and abroad.

“It is vital for financial professionals to advise their clients to remain cautiously disciplined, while maintaining a portfolio that can withstand market shocks”, Rechtschaffen says. “Strategies can change, prudent principles do not.”

“Government policy and politics can, and always do to some degree, affect portfolios. Advisors should review client portfolios for the balance of U.S. versus non-U.S. holdings, to see whether they are properly balanced, diversified and aligned with long term goals. Software and research can provide ample data exposures, performance and risk.”

J.P. Morgan Asset Management and Financial Advisor IQ are not affiliated. All trademarks appearing herein are owned by their respective organizations. JPMorgan Distribution Services, Inc. is a member of FINRA.