His arbitrators didn't disclose crucial facts about themselves, the advisor insists.

In a federal court action filed this month in New York, a former UBS advisor raises questions about Finra procedures regarding its arbitrators’ disclosures.

Based on two arbitrators’ allegedly faulty disclosures, the former UBS advisor, Michael E. Miller, seeks to have a more than $160,000 award previously imposed against him in favor of UBS by a Finra panel tossed out. Miller wants the federal court to send the UBS claims back for a new hearing with a new Finra panel.

“This case was not brought because he lost,” says Bradley Schnur, a Jericho, N.Y.-based lawyer who represents Miller. Instead, it was brought because Finra’s rules for arbitrators’ disclosure simply were not followed, Schnur maintains.

The case highlights a potential hazard for advisors at Finra hearings if they fail to research in detail proposed arbitrators’ backgrounds, argues Schnur.

But do arbitrators misrepresent their backgrounds regularly? “I don’t think it happens in every case. But this is not a one-off situation,” Schnur says.

At the Finra proceeding, Miller represented himself. He noted in his Finra complaint that he had to represent himself because his wife had recently lost her job and the financial pressures the family faced prevented him from hiring an attorney. He also alleges that his 2016 resignation from UBS was forced.

For its part, UBS alleged in its Finra filings that Miller, hoping to extricate himself from his financial obligations to USB, had argued falsely that he did not understand the implications of his signature on promissory notes.

“Miller is an Ivy League-educated financial advisor who was responsible in his job for understanding complex investment and instruments. It is ridiculous for him to claim he didn’t understand he was receiving loans or that he could ignore the promissory notes he was signing because of purported vague assurances,” the UBS lawyers wrote.

A UBS spokesperson tells FA-IQ: "UBS was pleased by the award issued by the Finra panel in this matter and is confident that it will not be vacated."

Yet the question remains: Does Finra engage in enough due diligence about its arbitrators?

In an emailed statement, Michelle Ong, a Finra spokesperson, writes that her organization “stresses to arbitrators the need to make complete and accurate disclosures.” But she added: “In addition to educating arbitrators and relying on them to disclose, we take steps to proactively ensure arbitrators have disclosed all relevant information on their Arbitrator Disclosure Reports (ADRs).” 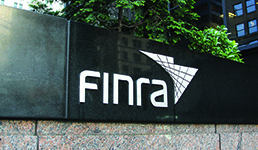 The Finra staff members also crosscheck its central licensing and registration system (CRD) on a daily basis for disclosure events involving arbitrators with CRD numbers. In addition, each time they are assigned to a case each arbitrator must complete the Oath of Arbitrator and Disclosure Checklist, which includes “a range of potential conflicts and disclosures, including personal disclosures, financial disclosures, and legal and regulatory disclosures related to the parties, counsel, witnesses, and subject matter of the case to which they are assigned,” Ong writes.