What do women want from their financial advisors after the loss of a spouse? In a new study Spectrem Group offers a straightforward response: They want a trustworthy guide who isn’t going to overload them with details. And while advisors agree that’s often the case, they also stress their need to educate clients on the fundamentals of investing and financial planning — even when it comes to hands-off and essentially reluctant clients.

“High-level education is key” to bridging the divide between a traumatized client’s unwillingness to know and the advisor's need to have informed clients, says Michael Black of MPB Wealth Management in Scottsdale, Ariz. “And over time, more specific education is needed as to what’s going on in their accounts.”

There is a practical reason for this. Most recent widows and divorcees — who are “usually receiving funds with little or no experience” — feel “they don’t know enough to be given options to choose from, and would rather be told what to do,” says Black, who is a Certified Divorce Financial Analyst. “This is dangerous from the advisor’s perspective,” as in, for instance, cases where “we get blamed for bad markets” by inattentive clients.

Even before it gets to the question of how involved newly unmarried women want to be with their investments and financial plans, it seems many simply want to get rid of their old advisors. That women leave their advisors on the demise — through death or divorce — of their marriages at a head-spinning rate is one of the starkest truisms in wealth management. According to the marketing consultancy Iris, 80% of women leave their financial advisors after losing a spouse. If that data point isn’t sobering enough to wealth managers, Iris adds that at some point in their lives, 90% of women will be the financial shot-callers of their households.

In this sobering light, advisors focused on capturing next-generation assets should realize there’s a surviving spouse between them and their millennial pot of gold — and, statistically speaking, it’s a woman.

On a sudden change in their marital status, women skip out on FAs for many reasons. Often, though, it comes down to resentment over perceived favoritism. In a typical scenario described by FAs, a wife has for decades deferred to her husband on financial decisions and on interactions with their FA, especially around investing.

Advisors focused on capturing next-generation assets should realize there’s a surviving spouse between them and their millennial pot of gold — and, statistically speaking, it’s a woman.

When death is behind the marital rupture, a new widow is likely to view the advisor as her late spouse’s confidante rather than her own. She may even feel piqued at not having received much in the way of attention over many years from an advisor preoccupied by a more engaged spouse.

And those ill feelings tend to be exacerbated when a marriage ends in divorce — to the point where the “risk to advisors of potentially losing a client is far greater in divorce than widowhood,” says advisor and CDFA Lucinda Richey of Prosperity Planning in Kansas City, Mo. The reason? More so than in the wake of a spouse’s death, a newly divorced women may view an advisor as allied to an ex-spouse she’s angry with.

Whether they’re mainly grief-stricken or fuming, Sprectrem’s study of widows and divorcees worth at least $500,000 says the drain on these clients’ emotions means that most “do not enjoy the process of investing and do not feel the need to be involved in the day-to-day management of their accounts.”

Chris Chen of Insight Financial Strategists in Waltham, Mass., agrees recent divorce and widowhood are “emotionally overwhelming” experiences — but he thinks the hands-off element is sometimes temporary. “What they want is to avoid anything that reminds them of the trauma that they just experienced,” says the CDFA. “They want to avoid also what they perceive as the real hard work of getting on top of the financial issues.”

But these clients’ emotional scars, temporary or not, don’t let their advisors off the hook, says Sarah Carlson of Fulcrum Financial Group, a firm in Spokane, Wash., focused on “suddenly single” women. In her view, if a client isn’t absorbing what her advisor is saying, it’s up to the FA to find better terminology.

“This industry is overloaded with jargon and acronyms,” says Carlson. “It discourages people even when they aren’t traumatized.” As an antidote to this tendency, advisors dealing with recent widows and divorcees “need to do more about talking to these clients in terms they understand to help build their knowledge — especially as ‘robo advisors’ start to replace us around portfolio building and performance measurement.” 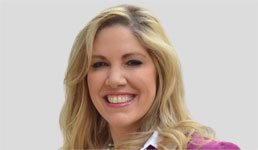 Meanwhile, Cary Carbonaro, a United Capital advisor with offices in Huntington, N.Y., and Clermont, Fla., thinks some of the disengagement of divorcees and widows is a function of their gender. “Men are generally less trusting than women,” she says. Where men “want to know the details” of finances — especially when it comes to investments — “women are more big picture” — and more willing to put their trust in another.

The “big picture” part of that means women may — and Carbonaro stresses there are always exceptions — have less specific financial knowledge than men. But the “trust” part means they make better clients over time.

As for widows and divorcees preferring to delegate to advisors, Carbonaro wholeheartedly agrees that’s the case. But, she adds, in seeking out an advisor like her, who specializes in such clients, they’re coming into the relationship predisposed to trust the new advisor to make their lives less complicated.

“That’s the reason they hire me,” says Carbonaro.