Days after fellow Broker Protocol quitter Morgan Stanley withdrew a temporary restraining order against one of its former brokers, UBS Financial Services was denied its request for a TRO against one of its own departing reps, AdvisorHub writes.

Bean’s victory could give hope to UBS reps wanting to leave who felt trapped by the wirehouse’s decision to leave the Protocol for Broker Recruiting in November, according to AdvisorHub. That accord, which Morgan Stanley left a few weeks before UBS, lets departing advisors take some client data with them without threat of a lawsuit. And last month the wirehouse also included non-solicitation language in contracts tied to its reps’ 2017 bonuses, although it quickly retracted it.

Regional firm branch managers tell AdvisorHub they’ve been told to stop recruiting from firms that have pulled out of the protocol. Smaller firms and RIAs, meanwhile, don’t have the wherewithal to battle it out with larger brokerages in arbitration or the courts, the website writes. But Ameriprise is willing to cover the legal costs of fighting UBS and Morgan Stanley, recruiters tell AdvisorHub. And in January Ameriprise convinced a Texas judge to rule against Morgan Stanley in its TRO request, according to the website. 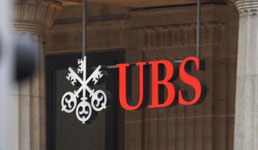 “We are pleased that for the second time, a judge has agreed with our position,” Kathleen McClung, the Ameriprise spokeswoman, tells AdvisorHub. “As we’ve said before, financial advisors are allowed to switch firms, and movement across the industry is common.”