A super OSJ and a consortium of independent financial advisors collectively oversee $3.5 billion.

At the end of the fourth quarter, Securities America picked up 14 independent advice practices collectively overseeing $2 billion — all but one of which were previously affiliated with NPH.

LPL bought NPH’s assets from Jackson National Life for $325 million in August and has brought on dozens of mid-tier and large practices, but several advisors have opted to go to other firms such as Securities America, Woodbury Financial Services, Commonwealth Financial and FSC Securities. 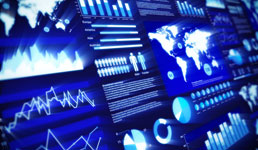 Other competitors, including Cetera Financial Group and Advisor Group, are also benefiting from LPL’s purchase of NPH’s assets, according to InvestmentNews. Out of 800 advisors who joined Cetera last year, about a quarter came from NPH firms, Cetera CEO Robert Moore, who’s a former president of LPL, tells the publication. Jamie Price, CEO of Advisor Group, tells InvestmentNews his firm received a “significant boost” in the fourth quarter as a result of LPL’s purchase of NPH.