Dallas-based custodian aims to sign up both digital and traditional advisors.

Dallas-based custodian Apex Clearing wants to be a B2B wealth management disruptor by going after traditional financial advice firms while also competing with the likes of Schwab, FA magazine writes.

Apex was formed in 2012 to take over client accounts from Penson Worldwide after that firm got into trouble over bonds issued by a horse racing track operator, according to the publication. Over the past five years, Apex has been serving predominantly online robo-advice platforms, including Wealthfront and Betterment, FA magazine writes. Will Trout, head of wealth management research at Celent, tells the publication Apex has become the “custodian of choice for digital advisors.” But that’s about to change.

For starters, Wealthfront broke off its relationship with Apex last year, although Apex CEO Bill Capuzzi tells FA magazine it was because Wealthfront wanted to provide a more exclusive overall client experience. Wealthfront, which didn’t comment to the publication, has said in the past on its blog that it wanted to build its own brokerage and banking infrastructure.

Apex has also partnered with Quovo, which Capuzzi believes can help automate the account transfer process, FA magazine writes. A “pleasant, digital type of solution” is something desired by financial advice clients across the board, including the ultra high net worth set, when it comes to account features, Capuzzi tells the publication.

Advisors, meanwhile, need a solution across the spectrum, from robo offerings to what they serve high net worth clientele, and “that’s where Apex has started to make a name for itself,” Capuzzi claims. The company has been opening over 450,000 accounts monthly while bringing on up to $2 billion in assets every month, Capuzzi tells FA magazine. 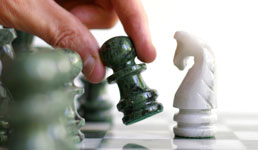 Capuzzi says it would be “naive” to believe large custodians such as Charles Schwab, Fidelity and TD Ameritrade wouldn’t catch up with Apex, according to the publication. Nonetheless, he tells FA magazine, they have a formidable task ahead of them because so much of their infrastructure dates back as far as the 1980s — and Apex’s doesn’t.