Wave of Lawsuits Proves Dangerous for Advisors and Their Brands

Some FAs are ending up in court protecting their names and brands from patent trolls and infringement.

By his very nature, Josh Jalinski considers himself an ethical and affable financial advisor. Recruited by Wall Street straight out of seminary school, he credits decades of developing strong personal relationships as key to building a growing holistic wealth planning business.

Now the president of the Jalinski Advisory Group in Toms River, N.J., he is doing what he once says seemed unthinkable -- suing a rival advisor. Jalinski has filed for trademark infringement in U.S. District Court in Camden, N.J. The civil suit is seeking unspecified damages from BJL Wealth Management.

At issue is the term "financial quarterback," which Jalinski says he’s trademarked and used for more than a decade.

"A typical defense in this type of a dispute is that something like this can be considered a common term," he says. "But it’s not a common term -- just because it’s a descriptive phrase doesn’t mean it isn’t a trademark. It’s my firm’s intellectual property that has been an integral part of establishing a unique brand and a holistic wealth management practice."

Jalinski, who adds that he "hates" court battles and has no long-standing relationship with BJL Wealth Management, claims his attorney sent a cease and desist letter to the firm nearly two years ago. "They’re choosing to rip off a guy who has spent millions of dollars to build a brand," he says. "The courts have made it clear that a trademark is part of your brand and how people know you."

Matthew Bagell, who lists himself as a partner at BJL Wealth Management, tells FA-IQ his firm won’t comment on pending litigation. But in an email he does offer that "BJL will vigorously defend itself against these claims in court."

On its latest form ADV filed with the SEC, the Marlton, N.J.-based firm’s assets aren’t broken out. No customer complaints, regulatory actions or any legal proceedings are disclosed on either Bagell’s SEC filings or Finra’s BrokerCheck records.

"I’d hesitate to call this type of suit frivolous, but it is a relatively easy process to get something trademarked," says Greg DuPont, president of DuPont Wealth Solutions in Dublin, Ohio.

The former lawyer-turned-advisor used to handle intellectual property cases. Although he’s not involved in this latest industry dispute, DuPont says generally that trademark decisions can be complicated for advisors simply by how much time and money is involved in protecting such claims in court.

For example, in his practice DuPont has developed a "systematic financial life management method" for analyzing a client’s wealth. He markets such a system as "The Pilot Process." It could be trademarked, but as a solo practitioner who manages about $50 million, DuPont says he’s loathe of the costs involved in defending such terminology.

"Just by developing a logo that goes along with the name in my marketing materials, I know from my previous work as an attorney that there’s a certain amount of legal rights simply by using it in commerce," he adds.

By that he means his practice has created a demonstrated history of using such terminology and graphics. "So if someone starts using the same 'Pilot Process' moniker, then it becomes an argument of who used it first and if there is any damage to my commercial value by its repeated use," DuPont says.

Even with that legal argument established, he points out that it’s likely he’d have to trademark such a term as a precursor to a legal dispute. Until that happens, however, DuPont says he’ll wait to mount a more formal legal defense.

Maurice Ross, a New York-based attorney at Barton LLP who is representing Jalinski, warns that advisors who don’t put the time and effort into protecting their unique brands risk mounting legal competition as RIAs proliferate.

Indeed, Jalinski himself admits his new suit could be the first of a "multiplying" of others involving advisors he’s identified as potential offenders of the "financial quarterback" moniker.

"Before you use a brand name or slogan, every financial services firm has a legal duty to make sure they’re not infringing on someone else’s rights," attorney Ross says. "It’s not going to help either an advisor’s image or a firm’s reputation to brazenly ignore trademark law."

Advisor Chris Bray recently appeared in the Seventh Circuit U.S. Court of Appeals in Chicago arguing to overturn a trademark infringement case. He was sued in 2015 by asset manager Ariel Investments. 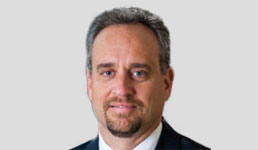 "I don’t know anything about Jalinski’s case, but from my own experiences I’ve learned that what’s going on with trademark litigation in wealth management now is similar to a rise in patent suits we’ve seen in other industries in the past," says Bray, who still practices law as well as running Bray Capital Advisors in Naples, Fla.

Patent "trolls" are common in many industries, he observes, taking advantage of defendants who’d rather pay up than undergo extended legal fights. For his part, lawyer Ross says he also expects most trademark infringement disputes in financial services to wind up being settled out of court.

In Bray’s case, he originally named the RIA after his daughter, Ariel. His own research at the time uncovered a firm operating as Ariel Wealth Advisors. "We decided to stay away -- I didn’t want to steal anyone’s name," recalls Bray, whose firm manages about $300 million.

But he discovered later that the word "Ariel" was trademarked by Ariel Investments. "Out of the hundreds of companies with those five letters in their names, they chose to sue me," Bray says. "Out of principle, I decided to fight because it felt like we were being bullied."

Last February, a district court ruled in favor of Ariel Investments. Bray changed his firm’s name, but he appealed that decision and represented himself. Last week, such a defense proved fruitful as the original ruling was overturned. "We won," he says.

Even so, Bray’s advice to other RIAs about trademark infringement is simple: "If I wasn’t an attorney, I probably would recommend just changing your firm’s name or talking to a lawyer about changing your slogan right away," he says.

Advisors can’t ignore these types of issues anymore when they arise, Bray adds. "As more advisors go independent, these trademark infringement legal battles are going to multiply," he says. "It’s no longer a situation where you can simply stick your head in the sand."