Bitcoin futures are set to start trading within the next few days, but while several retail brokers have said they’ll let clients trade futures in the digital currency, wirehouses have so far given no indication on what they’ll do, according to Bloomberg.

TD Ameritrade Holding Corp. and Ally Financial Inc.’s Ally Invest said they’ll include the instrument among offerings when it’s rolled out, according to Bloomberg. But both Bank of America’s Merrill Lynch and its wirehouse rival Morgan Stanley declined comment to the news service on whether they’ll carry the futures.

Not all retail brokers are embracing the prospect. Charles Schwab Corp. and Etrade Financial Corp. declined comment prior to CME and Cboe’s announcements, and then didn’t respond to Bloomberg’s requests for comment after the news came out. A spokesman for Fidelity tells the news service the company has no plans to let its brokerage clients trade Bitcoin futures but added clients can monitor their cryptocurrency investments through Fidelity’s website by linking their accounts at Coinbase, a platform for online trading in digital currency, according to the company’s website. 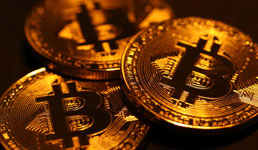