The Differences Between Robos are Breathtaking

While robo-advisor offerings appear similar on their platforms, the differences in their performance can vary widely, according to a recent report cited by FA magazine.

Among 20 of the more popular robo advisors aimed at investors, BackEnd Benchmarking found that year-to-date, top performers have outpaced laggards by 2.81% to 4.3%, according to the publication.

With each robo, BackEnd opened a taxable account and invested in a 60-40 stocks-and-bonds “moderate” portfolio, FA magazine writes. BackEnd also opened an individual retirement account with some of the robos, investing it in the most aggressive option offered, according to the publication. TD Ameritrade dominated its peers with taxable accounts, delivering 11.81% year-to-date in its balanced portfolio, according to BackEnd data cited by FA magazine. Acorns came in last, posting a 9% return year-to-date with its balanced portfolio in a taxable account, BackEnd found. Betterment, meanwhile, had the best year-on-year performance, delivering 11.95% as of Sept. 30, according to the BackEnd data cited by the publication.

In IRA accounts, BackEnd found SigFig beat out its rivals, delivering a 16.89% return year-to-date, while the bottom performer, Personal Capital, had a 12.7% return in the first three quarters, FA magazine writes.

The difference in performance is attributable to various intricacies of each of the robos’ approaches to allocation and rebalancing. Equity allocations to total stock market ETFs pinned to a U.S. or global index performed best, for example, while allocations to a specific sector underperformed, Ken Schapiro, BackEnd’s founder and president, tells the publication. And while E*Trade, Fidelity Go, Schwab and WiseBanyan mostly reduced international exposure and bought fixed income in the third quarter, Acorns boosted its international exposure from 9.6% at the start of 2017 to 14.9% at end of the last quarter, according to BackEnd data cited by FA magazine. 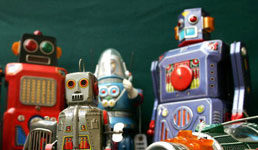 But David Goldstone, research analyst at BackEnd and one of the report’s co-authors, tells the publication its analysis only included a little over a year’s worth of results. He says two-year performance is likely to be more similar among the robo-advisors, according to the publication.