And retiree debt is rising.

Americans are increasingly worried about how healthcare costs will affect their retirement — just as more and more retirees find themselves in debt, according to two recent surveys.

Healthcare expenses were cited as the top hindrance to financial security by 58% of respondents in 2017, according to a recent Northwestern Mutual survey of 2,117 U.S. adults cited by InsuranceNewsNet.com. That’s compared to 45% of respondents who chose healthcare costs as the top obstacle in 2016, the web publication writes.

Financial planners tell InsuranceNewsNet.com the key to reducing clients’ anxiety about healthcare costs is knowing what to expect — and planning ahead. Patrick Amey, a financial planner and wealth manager at KHC Wealth Management, suggests advisors look at purchasing health insurance on the open market, according to the web publication. Despite potentially high premiums, group plans can offset expenditures by up to 50% after clients turn 65 as a result of Medicare Supplemental coverage, he tells InsuranceNewsNet.com. Clients can also enroll in Medicare Part B or C or get extra insurance for services not covered by Medicare, the web publication writes.

The cost of healthcare isn’t the only worry about retirement, however: just 20% of respondents to Northwestern Mutual’s survey believe it’s “extremely likely” they’ll be able to tap into Social Security, according to InsuranceNewsNet.com. Overall, 47% of respondents say they’ve felt anxiety about running out of retirement savings, the survey found, according to the web publication.

Meanwhile, more Americans are starting retirement in debt, according to a recent working paper from the National Bureau of Economic Research cited by ThinkAdvisor. Among people born from 1931 to 1941, 64% had debt at the verge of retirement, but that figure rose to 71% for early boomers, defined in the paper as those born from 1948 to 1953, according to the publication. 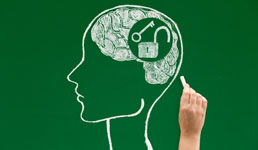 And while 41% of those born from 1931 to 1941 entered retirement with residential mortgage debt, the ratio rose to 49% for early boomers, the survey found, according to ThinkAdvisor. Altogether, early boomers are starting retirement with a median $32,700 in debt in 2015 dollars, compared to $6,800 in 2015 dollars for people born between 1931 to 1941, according to the paper cited by the publication.