Bitcoin’s move Tuesday past $6,400 didn't just set a fresh high for a second straight day. It also marked a 500%-plus price jump since 2017's start, according to index provider CoinDesk.

“A lot of people got involved in this crypto market early in the game and they’ve made small fortunes now,” says David La Placa, a San Francisco-based advisor.

To many investors digital currency runs are starting to look "almost commonplace" now, warns the chief executive at Intellectus Partners, which manages $626 million.

"It's something that we're hearing more and more about these days," La Placa says. "As prices keep hitting new highs, more investors are wondering if they're missing out by not being involved in such a hot market."

Just like with any other type of holding that’s made big gains, he's preaching risk management. “Some of our clients have made so much in their cryptocurrency side bets," he says, "that we’re talking to them about how those holdings, which used to be a much smaller part of their portfolios, are playing a bigger role now."

Generally, La Placa thinks “it just makes sense” for clients in such situations to take profits. Instead of giving blanket recommendations, though, he’s preaching education and patience. “A decade from now we’re going to see blockchain technologies infiltrating every industry,” he says. “So while the potential is great, it’s probably too risky for most of our clients to get involved in right now.”

Ashley Foster, an advisor in Houston, is also hearing from many clients who bought into the market more than a year ago. One actually put some of his “play money” into cryptocurrencies in 2013. His gains are now surpassing 22 times their original value, according to Foster.

“It’s crazy – there are stories out there of young investors who bought Bitcoin and now are millionaires,” he says with a laugh. “Even though it's such an unregulated marketplace, cryptocurrency is creating its own unique type of investment euphoria.”

While at a recent industry conference, Foster found that a lot of his fellow advisors were swapping stories about clients’ Bitcoin bets. “A big topic of discussion was what do you tell these people? As fiduciaries, how do you provide advice on a completely speculative market?”

The veteran advisor, who works mainly on retainer and charges hourly fees, doesn’t try to deflate their enthusiasm. Foster congratulates such clients for being “forward thinking.” But he makes sure to caution them that the U.S. government hasn’t fully backed such alternative currencies yet.

That can put fiduciaries in a pickle, so to speak. “When clients have some extra play money lying around that they can stand to lose tomorrow, then I won’t stand in their way,” Foster says. “But I also point out to them how risky this marketplace is today and steer clear of making any direct recommendations one way or the other.” 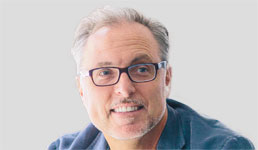 Nate Blair, a partner at Palo Alto Wealth Advisors in California's Silicon Valley, is finding that most prospects he talks to these days bring up questions about cryptocurrencies. “Bitcoin is becoming a real curiosity and a symbol of stock market froth,” says the independent FA whose practice manages about $100 million.

Even people who aren’t convinced of the need for alternative currencies, Blair adds, often openly wonder if they’re going to miss out by not putting some money into Bitcoin. His most common reply: “This is a gamble and do so in a way that won’t have any negative impact on your long-term investment plan.”

For bullish crypto traders who are determined to get into the market, Blair suggests a research focus on bigger coins and not initial coin offerings. “Look at the market caps and only deal in the most transparent and liquid coins being traded,” he says. That means Bitcoin and Ethereum in most cases, Blair notes, as well as “thoroughly” investigating how a specific coin is stored.

To help guide discussions, he’s created a bullet point list of the pros and cons of getting involved in such a marketplace. “If people come to us with high levels of conviction that cryptocurrencies make sense, none of these points are going to change their minds,” Blair says. “But we’re happy to hold a conversation about Bitcoin and Ethereum -- just not make any specific recommendations.”