Finra Restitutions Are Up, But Lawmakers are Worried

Finra ordered broker-dealer firms to pay $43 million in restitution for harmed investors from January to August this year, sharply higher than the full-year total of $26.9 million in 2016.

At a House Subcommittee on Capital Markets, Securities and Investments hearing last month on the oversight of Finra, Rep. Brad Sherman, D-CA, noted Finra had fined broker-dealer firms $176.3 million in 2016 and kept the proceeds from the fines, while a relatively smaller amount was returned to harmed investors.

“Finra will continue to pursue vigorously those cases that involve harm to investors and work to remove the individuals who engage in this conduct from the industry whenever appropriate,” he said.

Sherman asked Cook if Finra was considering facilitating the allocation of “a greater percentage” of money to harmed investors, suggesting the regulator have a more “meaningful, robust, public report" on how it uses the fines it collects. Cook said Finra is open to insights related to those suggestions.

At a sit-down discussion earlier this month David Burton, economic policy senior fellow of Heritage Foundation, asked Cook if the fines should be used for an “investor reimbursement fund.”

Cook said Finra is looking into that option. He noted, however, that the SEC has looked into the issue of how SROs should use fines and has said they should be used for regulatory support or capital initiatives.

“We’re in the process of preparing our budget for 2018, and as part of that, we’re working with the board to think through what is the right approach to fines going forward.”

At the House subcommittee hearing, Cook said the fines collected by Finra “are an important part of funding important investor protection initiatives.”

He said the fines partly go to funding capital and strategic initiatives, such as the Trade Reporting and Compliance Engine (Trace) for Treasuries that the regulator launched in July for member firms to report transactions post-trade in U.S. securities. “That type of technology investment is made possible by the fines.”

The timing and the gravity of the cases are largely responsible for the total amount of restitutions and fines in any given year, a Finra spokeswoman tells FA-IQ.

The total restitutions ordered by Finra in 2016 were sharply lower than the record-high $96.6 million total in 2015, for example. 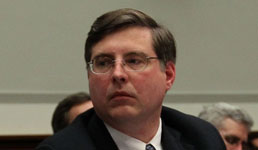 Meanwhile, the total fines in January to August this year have decreased because many of the cases with larger fines closed toward the end of 2016 rather than in 2017, the spokeswoman says.

Citing an example, she says one case that involved a $10 million fine had been under investigation by the regulator’s enforcement division for around two years, and happened to close on Dec. 28, 2016.

In 2016, four cases made up around $62 million of the total fines imposed in 2016. These included two AML-related cases involving Raymond James (May 2016) and Credit Suisse (December 2016), with fines totaling $24 million; a MetLife variable annuities case with a $25 million fine; and a Deutsche Bank supervisory case with a $12.5 million fine, she says.

“Without these four cases, the total fines would be consistent with prior years,” she says.

Last month Finra ordered Morgan Stanley to pay $9.78 million in restitution to more than 3,000 affected customers for failing to supervise its representatives’ short-term trades of unit investment trusts from January 2012 through June 2015.

The largest restitution ordered by Finra so far this year was an order for Plano, Texas-based broker-dealer Red River Securities and its CEO Brian Keith Hardwick to pay $24.6 million in restitution to customers for fraudulent sales in five oil and gas joint ventures. The firm was also apparently engaged in a pattern of misrepresentations and omissions that spanned nearly four years and involved sales in the risky joint ventures.