In what some consider a strategic coup, the Investment Management Consultants Association, or IMCA, is adopting a new name — the Investments and Wealth Institute — and adding a new designation to its certification roster.

The association’s board chairman Scott Thayer says the new name “more accurately reflects who we are and what we do” and recognizes “the contributions we’ve made to the profession’s body of knowledge and our commitment to increased public trust and improved outcomes for investors.”

The name change has two principal aims. First, the Denver-based membership association and professional-certification organization wants to acknowledge that much of its enrollment has moved from the institutional to the private-client side of the investment-consulting business in the 32 years since it was founded.

“That’s a lot of letters,” Sean Walters, CEO of the Investments and Wealth Institute, tells FA-IQ. “The goal of the new name is to put the focus on investment and wealth, with CIMA and CPWA as the underlying brands.”

That’s why Walters hopes the organization’s new name isn’t reduced in common parlance to IWI, or anything like that.

Walters says he and his colleagues worked closely with members over the past two years to agree on a new name for the association with the word “institute” included as a nod to the organization’s roots and ongoing activities as a membership and education resource for institutional investment consultants.

It may help with acceptance of the new branding that the “investments and wealth” brand has long been associated with the ex-IMCA’s respected monthly magazine, Investments and Wealth Monitor, Walters says.

Branding expert Ellen Galvin of the Galvanizing Group in Portland, Ore., says associations stumble for many reasons, but mainly because they resist change and communicate poorly with members

"Within this context, I think the rebranding, from ‘IMCA’ to the ‘Investments and Wealth Institute,’ may be a very strategic move on the association’s part" in terms of extending the organization’s long-term relevance, Galvin says in an email to FA-IQ.

Galvin, who had nothing to do with Investments and Wealth Institute’s rebranding, is also impressed "that the new name omits the word ’association’ entirely. That, she says, is "a change many associations struggle with -- despite research that shows many younger professionals don’t see as much value in the traditional trade association model."

Further, in dropping the word ’association,’ IMCA shifts focus from ’Who is this organization for?’ to ’What does this organization do?’ while "the word ’institute’ helps clarify this is a place for advanced education and certification,” says Galvin. This amounts to "a very clear member benefit and a specific reason to join,” she adds.

In addition to giving itself a new name, the Investments and Wealth Institute has acquired the Retirement Management Advisor, or RMA, designation from the Retirement Income Industry Association “to enhance its existing education offerings and add curriculum for retirement income planning and retirement management.”

The RMA had been administered by the Retirement Income Industry Association.

The changes come in a period of growth for the Investments and Wealth Institute. In the last five years membership has grown 45% to about 12,000, and revenues have increased 30%, according to Walters.

But the Investments and Wealth Institute isn’t after growth for growth’s sake, Walters insists.

“We’re not an organization for every rank-and-file advisor,” says Walters. Instead, he says, “we’re for leaders in the next generation of advisors and the still-hungry top 25%. If we can get to a membership of 15,000 over the next three years, we’d consider that a really nice outcome.” 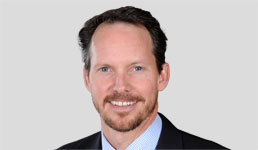 As byproducts of the rebranding, IMCA Australia will become the CIMA Society of Australia, and the organization’s New York chapter will be re-named the Investments and Wealth Society of New York.

Meanwhile the Yale School of Management is boosting its work with the Investments and Wealth Institute with an online version of the CPWA Certification Program that starts next year.

“The online learning option provides a significant value-add for executive education students,” Jim Dobbs, the school’s program director, says in a press release. “We are excited to be the first to offer this option to financial professionals interested in earning their CPWA certification.”

The University of Chicago’s Booth School of Business continues to offer the program as an in-class option.