SEC, DOL Team Up on Fiduciary Rule As States Ponder Their Own

SEC chairman Jay Clayton has told a Senate subcommittee the regulator will coordinate with the Department of Labor on the fiduciary rule — something the two agencies haven’t been able to do in the past, according to the DOL’s chief, ThinkAdvisor writes.

Speaking Tuesday in front of the Senate Appropriations Committee’s Subcommittee on Financial Services and General Government hearing on the SEC’s budget, Clayton didn’t make it clear whether the two regulators have made any concrete efforts to work together on the rule, according to the publication.

In response to Sen. Jerry Moran, R-Kan., who said he was worried about a “lack of regulatory harmonization” on the rule and wondered whether the SEC had done anything “to sort of catch up” with the DOL, Clayton pointed to the SEC’s request for public comment on issues related to the fiduciary standard and cooperation between the two regulators that he had posted on the agency’s website June 1, ThinkAdvisor writes. The DOL’s fiduciary rule, which requires retirement account advisors to put clients’ interests first, went into partial effect June 9 after a 60-day delay.

“Look, it’s not separate; what’s happening at the Department of Labor is going to affect the markets we regulate and vice versa,” he said, according to the publication.

When Moran then asked whether the DOL and the SEC were already coordinating in a way they had not in the past, Clayton said he’s “confident that we’re going to have cooperation in this regard,” according to ThinkAdvisor.

Labor Secretary Alexander Acosta, however, indicated the same day that the two regulators have indeed made progress coordinating on the fiduciary rule, according to the publication. In a separate hearing on the DOL’s budget, when asked about cooperation between the two regulators on the fiduciary rule, Acosta said the SEC had not previously cooperated with the DOL, ThinkAdvisor writes. 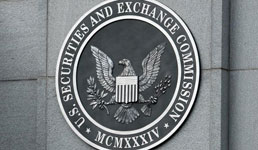 “And I asked the chairman of the SEC if the SEC would be willing to work with us,” he said, according to the publication. “The chairman indicated his willingness to do so.”

But Acosta also indicated that the level of cooperation may hinge on the eventual composition of the commission, which is currently short two of five commissioners.

“It is my hope as the SEC also receives a full complement of commissioners, that the SEC will continue to work with the Department of Labor on this issue,” he said, according to ThinkAdvisor.

States ponder their own fiduciary rule

Nevada state Sen. Aaron Ford tells the publication he’s been getting inquiries from other state politicians after Nevada passed a law earlier this month expanding its fiduciary standard to cover all financial planners, which now includes broker-dealers, investment advisors and their reps. Ford would not say who had contacted him.

Nevada opted to put the law into effect July 1 at the state level because of uncertainty about the ultimate fate of the Department of Labor’s fiduciary rule at the national level, according to WealthManagement.com.

The federal agency is currently reviewing the rule, which only went into partial effect June 9 and is slated for full implementation January 1.

Ford had put forward a bill for the state fiduciary statute earlier this year when president Donald Trump issued a memorandum directing the DOL to review the rule, WealthManagement.com writes.

The DOL ended up pushing the original implementation date back 60 days. Congress could still kill the rule and the SEC is mulling rolling out its own standard, all of which makes state-level legislation a logical precautionary measure, Marcia Wagner, managing director of The Wagner Law Group, tells WealthManagement.com.

Even though Nevada’s fiduciary law goes into effect July 1, the regulations pertaining to how the fiduciary standard is applied will likely not be ready by that time, the publication writes.

The law merely lets Nevada’s secretary of state adopt regulations on the fiduciary duty and set penalties — none of which has yet occurred, according to WealthManagement.com. The Nevada Securities Division, which is part of the Nevada Secretary of State’s office, tells the publication that it’s putting together regulations but that they’re likely not going to cobble them together by July 1.