Current RIA M&A Pricing May Be Too High

But some M&A offers might be too good to be true.

RIAs are currently selling at up to 14 times EBITDA, but owners looking to sell should be wary of what the purchase requires of them, according to Financial Advisor magazine.

“The space has been discovered,” Shirl Penney, chief executive of Dynasty Financial Partners, told the publication at a recent Pershing conference. Family office firms as well as large banks are looking to get into the RIA space, leading to valuations of eight to nine times EBTIDA or higher, Penney told Financial Advisor.

Some buyers are offering up to 14 times EBITDA, Elliot Weissbluth, chief executive of HighTower, said at the conference, according to the publication. But such “rich” deals will probably come with a caveat, Weissbluth warned, with the buyer having some sort of other agenda such as a “product component” or distribution requirements, Financial Advisor writes.

And despite the large offers, some RIAs still risk giving up a stake too soon and missing out on growth, Penney told the publication. Dynasty, he says, has recently had a spike in business from RIA firms that have over-hired and ended up with more expenses than other Dynasty customers — a fate he says they could have avoided by outsourcing to a firm like Dynasty or HighTower. 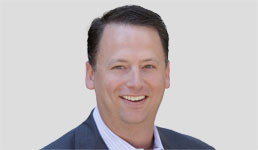 In the meantime, RIAs can expect more brokers coming to the independent channel because of the slowdown in large signing deals at the wirehouses, Financial Advisor magazine writes.

Over the past year, Morgan Stanley, Merrill Lynch and UBS have all signaled that they’re steering away from luring top producers and instead will focus on helping existing brokers or bringing on less-experienced advisors.