Advisors Weigh in on Personal Meaning of Fiduciary

With the phase-in for the Department of Labor’s fiduciary rule starting last week, we reached out to financial advisors to discover what, at a gut level, they think it means to be a fiduciary in the first place.

For some, the question triggers memories of particular client interactions that gave them lasting insights on the standard. For others, the primary litmus test is how they conduct business on an ongoing basis.

Thanks to the DOL, the fiduciary standard is set to become de rigeur for all FAs, including securities brokers, when dealing with retirement accounts like 401(k)s and IRAs. The standard obliges advisors to act for the primary benefit of their clients. Among other things, this means pricing must be competitive, and conflicts of interest must be avoided when possible — and, when not possible, fully disclosed.

But beyond this minimum, however, advisors have their own ways of gauging how they adhere to the standard. And while recognizing the term has a specific legal meaning in the rules that govern the practice of advising clients on investments, how advisors think about the term can provide insight into their individual philosophy and personal ethical considerations.

For Mark Rylance of RS Crum, an RIA in Newport Beach, Calif. with about $400 million under management, being a fiduciary means “giving financial advice in the same capacity you would your family members.”

If that’s not clear enough, Rylance goes on to say fiduciary FAs must be ready to suffer financially from time to time. “If you give advice that costs you money or makes your fee to go down but is the right thing to do, then you are acting as a fiduciary,” according to Rylance.

John Power, a financial planner in Walpole, Mass., agrees. “If I can’t make a good case for rolling over a 401(k) to my management, I won’t recommend it,” says the head of Power Plans, a firm that charges clients a flat fee for planning services.

“To me it’s fairly simple,” adds Power. “Fiduciary rules should also be that simple.”

Lisa Kirchenbauer of Omega Wealth Management in Arlington, Va., believes how she charges clients — a retainer based on the client’s investable net worth plus a 0.35% fee on funds under management — helps her meet her fiduciary her obligations.

“We can be reviewing and giving advice on all their assets, even if we don’t directly manage them,” says Kirchenbauer, who manages around $90 million. “I also feel it helps us be more agnostic and fiduciary-oriented when assets may ‘leave’ the portfolio to go to a new house, charity, et cetera.”

Chris Chen is an advisor with Insight Financial Strategists in Waltham, Mass., who specializes in financial planning around divorce. Like several other FAs we spoke to, he sees his role as a fiduciary through an anecdotal lens.

Confronted once with a client who, though “nice as could be,” seemed to have succumbed to early-onset dementia, Chen had to stop right there. “Any financial decision, none more so than divorce, requires the client to make decisions that are fully informed,” he says. “Obviously that is more difficult when your mind is no longer entirely with you.”

Adds Chen: “At the same time, as financial professionals we owe the client confidentiality.” As a result, Chen and his colleagues were uncertain whether they “could engage the client’s children without his permission.” 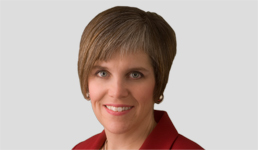 The best way to serve this client and stick to the firm’s fiduciary principles was to send him to a family mediator who specializes in cases of diminished capacity, says Chen, who charges clients by the hour or on a project basis.

The concept of fiduciary duty crystallized for Bill Simonet about five years ago, when he “was still working as a captive insurance agent.”

Simonet, now of Simonet Financial Group in Kyle, Texas, was introduced to a prospect by a life-insurance client.

“The referred prospect was a single executive for a mutual company,” says Simonet. And though she already had an FA, she wanted “a fresh set of eyes look at her portfolio for holes.”

As it happens, Simonet says he “found a big one: her advisor had recommended she “take an early distribution from her retirement funds and move all her money into high commission annuities,” and the FA had “commingled taxable and nontaxable funds without properly accounting for the tax consequences to the executive.”

Simonet chose door two. “I decided to help her even though I knew I wouldn’t get paid,” he says. “The result was a full restructuring of her portfolio and accounts, introducing her to a savvy CPA, and working with her to identify where everything was.”

Another result was the client’s loyalty and patronage when he went off on his own — in addition to “multiple” new-business referrals.

“That’s what a fiduciary does: honesty and transparency,” says Simonet, who charges clients on a project basis or by the hour. “That’s also when I learned the value of our work and when I began the process to become a fully independent advisor.”