The DOL's Fiduciary Rule is Here … But For How Long?

The June 9 initial applicability date of the DOL fiduciary rule is here, and advisors tell FA-IQ they’re largely ready to comply with the requirements of acting in the best interest of their clients. But a law firm notes that many advisors have been asking exactly how to comply with the Impartial Conduct Standards (ICS), which are the requirements in place until the rule’s full implementation on Jan. 1, 2018.

Advisors have been preparing for the DOL rule for many months. The rule was supposed to take effect on April 10 but was delayed to June 9 in response to a directive from President Donald Trump to review it.

The DOL rule requires advisors to inform their investors of any potential conflict of interest and get them to sign a Best Interest Contract Exemption (BICE) document if they receive variable compensation for the advice they give.

However, during the transition period from now until Jan. 1, 2018, retirement advisors who will make use of the BICE are required to comply only with the ICS in these exemptions. The DOL last month issued a new set of Conflict of Interest FAQs for the transition period, and it shows that the ICS requires fiduciaries “to adhere to basic fiduciary norms and standards of fair dealing.” Specifically, advisors must receive no more than reasonable compensation, must refrain from making materially misleading statements, and must provide advice in accordance with the best interest standard of care.

Also in the FAQ, the DOL identifies two chief components of the best interest standard: prudence and loyalty. Under the prudence standard, advice given must meet a professional standard of care as set forth in the BICE. Under the loyalty standard, the advice must be based on the interests of the customer, rather than the competing financial interest of the advisor or the firm. 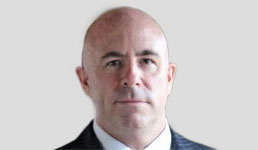 RBC Wealth Management “has clearly laid out for us advisors what is permissible and what isn’t,” says Dennis Stanek Jr., a Hartford, Conn.-based financial advisor at the firm. “We will eliminate material conflicts of interest, and use available exemptions in cases where those conflicts cannot be eliminated. While the rules are complex, we will comply with the rules and continue to service the best interests of our clients.”

Stanek says that in his practice, it has been a matter of continuing with changes he started to implement “early on,” when the DOL rule was still being discussed. These include migrating most of his practice to using SMAs on a fee-only basis, adopting diversified investment strategies, being transparent with costs and services provided, and using investment policy statements.

He adds that RBC Wealth Management is adopting new policies that govern the information disclosed to clients who are considering rolling over assets from their retirement plans to an IRA, including a comparison of the costs and benefits of staying in the plan versus moving the money to an IRA.

James Sampson, Boston-based director for retirement advisory services at consulting and advisory firm Hilb Group Retirement Services, says his practice’s clients pay either a level flat annual fee or a level asset-based advisory fee. He says his practice is converting as many of its legacy plans as possible to pay in the form of an advisory fee, instead of a commission, with the only distinction being whether the payment is received by its broker-dealer or by the practice.

“The amounts are all level amounts. It’s the semantics of how they are paid to us. Most of the recordkeepers that we work with have been receptive to this concept and are cooperating. Other than those conversions, we’re already accustomed to the fiduciary mode so complying hasn’t been much of an undertaking at all,” he says.

Both Stanek and Sampson give themselves a score of nine out of 10 in terms of how prepared they were for the June 9 applicability date. Five other advisors also told FA-IQ they were ready for June 9.

Other examples of preparations made by other firms include LPL Financial changing its product line, revamping product pricing and making management changes; UBS overhauling how it pays advisors in its Americas wealth management unit and what they can sell to their retirement clients; Wells Fargo restricting the products its brokers can sell to their retirement clients; and Morgan Stanley reducing the number of mutual funds it offers on its platform.

In the runup to this week, however, many advisors were asking what it meant to comply with the ICS in isolation when other related requirements have been waived until Jan. 1, 2018, says The Wagner Law Group. Those related requirements pertain to a wide range of materials and activities – contracts, written disclosures and representations, designation of a person or persons responsible for addressing material conflicts of interest, and ensuring adherence to the ICS.

In a newsletter to clients and other stakeholders, The Wagner Law Group notes that the FAQs clarify that conflicts of interest may exist during the transition period without rendering the BICE unavailable or resulting in a failure to comply with the ICS.

“During the transition period, the DOL expects financial institutions to adopt such policies and procedures as they reasonably conclude are necessary to ensure compliance with the ICS; however, they have the flexibility to choose precisely how to accomplish this,” the law firm says.

“Thus, to the extent not already done, financial institutions should continue to review current compensation structures, identify conflicts of interest, and implement conflict mitigation strategies. Having some form of policy documentation that is aligned with the ICS in place by June 9th may be helpful in demonstrating legal compliance,” it adds.

The Wagner Law Group notes “it is not beyond the realm of possibility” that the DOL rule’s transition period may not end on Jan. 1, 2018. After all, the DOL has taken the first steps towards conducting the review of the fiduciary rule, as directed by the White House; this week it issued a new request for information (RFI) regarding possible changes to the rule. The RFI specifically asks for public comment on whether an additional delay to the Jan. 1, 2018 date would allow for more effective retirement assistance and help avoid needless expense, The Wagner Law Group says.

And the industry should not read anything into Secretary of Labor Alexander Acosta going ahead with the rule – especially not a commitment to the Obama-era regulation.

Steve Boms, Envestnet’s vice president of government affairs, says Acosta’s decision was not an endorsement of the rule, but rather an admission that it is difficult to halt implementation of an already-finalized regulation.

Boms notes the DOL could still seek to repeal the rule through a formal notice and comment period under the Administrative Procedures Act, but doing so will take considerable time.

He says Envestnet is seeing significant consumer and market forces reshaping how advice is delivered, and believes there’s a “fiduciary opportunity” for financial advisors to act now and create a new standard.

Meanwhile, the SEC’s announcement last week that it is reviewing the standards of advisor conduct following a request from the DOL for assistance is leading to more questions.

“It’s good to hear that they are reviving their interest in the topic, especially as many think this should be under their purview instead of the DOL’s in the first place,” says Hilb Group Retirement Services’ Sampson. “It doesn’t appear from what I’ve initially gathered that they are focused a whole lot on retirement plans; instead it seems their focus is more on retail products and the individual side of the business. More to come there.”

The Wagner Law Group has said previously that one possible effect of the DOL rule review is more involvement from the SEC in the process, “so that there would be a uniform definition of fiduciary and a uniform standard enforced by both the DOL and SEC.”