More BDs Expected to Break Away as Indie RIAs

Wanting to run the business their way tends to be the deciding factor for breakaway advisors.

More entrepreneurial-minded broker-dealers are expected to break away and start their own independent RIA firms, according to industry participants and analysts.

“This is a long-term movement of assets to a more advisor-friendly, consumer-friendly model,” says Tim Oden, Orange County, Calif.-based national managing director of business development at Schwab Advisor Services, which says it serves as the custodian for nearly three-quarters of RIA firms with $1 billion or more in AUM.

The broker-dealer teams’ frustration with their current firm or home office tends to be the reason they begin to look elsewhere or consider setting up their own shop, but the deciding factor is often the ability to build and run the business “the way they want to,” says Shirl Penney, New York-based president and CEO of Dynasty Financial Partners, which provides services to broker-dealer teams that want to become independent RIAs.

Cerulli Associates has identified the independent RIA channel as one of the “largest pockets of opportunity” to generate revenue and increase market share in the financial advisory space. The research firm projects that independent RIAs and hybrid RIAs combined will increase their market share to 28% in 2020 from 23% in 2015. 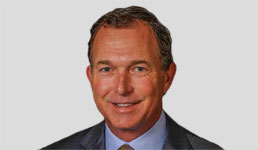 Integrated Investment Consultants is an example of an independent RIA made up of advisors who broke away from a wirehouse – in this instance Wells Fargo. The firm manages more than $1 billion and has a team of five people, including its managing partner, Birmingham, Mich.-based Christopher Forte, who worked for wirehouses for 30 years.

“We were doing quite well, but there was always a sense that we were going to lift out,” Forte says, referring to the team that now makes up his new shop. “We were not able to do all that we wanted [at the wirehouse]. In the last two to three years it felt like we were being muted.”

For Forte and his team, there was also growing concern about the “headline risks” of being tied to a wirehouse, he says. The wirehouse’s “crisis would be our crisis, and that causes dislocation of clients. We wanted to be in control of our destiny.”

In a report published earlier this month about the broker-dealer “breakaway movement,” Schwab Advisor Services outlines the advantages advisors gain as independent RIAs: marketing power, access to products, control over business, freedom to serve clients, opportunities for inorganic growth and potential to build a legacy.

“Advisor teams that go independent gain the flexibility and control to build the reputation, the culture, and the client service model they want,” the report says.

The report notes that 68% of independent RIAs value their autonomy, and 43% cite greater marketing flexibility as a major reason they transitioned to the RIA market.

Dynasty’s Penney believes there is more flexibility for advisors to differentiate themselves in the independent RIA channel – particularly in highlighting the competency of the team, the quality of service they provide, and what’s niche about the team or the firm. Highlighting all that is where marketing power comes into play, he says.

Transitioning from being a broker-dealer to an RIA can be extremely challenging, takes courage and may not be the right move for everybody, says Christopher Dupuy, San Francisco-based president of Focus Independence, which helps wirehouse teams transition into independent RIAs for Focus Financial Partners. It is imperative that broker-dealer advisors assess their motives behind wanting to become an independent RIA and analyze whether or not they have what it takes to make the move, he says.

Capital and logistics are the first requirements of transitioning into an independent RIA, notes Dynasty's Penney.

He says many advisors who are considering transitioning into independent RIAs are not ready to make the move. Citing a few examples, he says: “They don’t have enough capital. They have not defined their own corporate culture. They don’t have the right operating documents, the right technology or the right talent.”

Last month, Xerxes Mullan and two other advisors at Merrill Lynch left the wirehouse to open Avestar Capital in New York with the help of Dynasty Financial Partners. Mullan noted in a previous FA-IQ interview that “even after all of the preparation it was a somewhat daunting task to start a new venture.” In his case, he said the most difficult aspect of the move was the paperwork involved in migrating clients to a new custodian.

In Forte's case, the biggest challenge of going indie was the toll the transition took on his work-life balance.

“The year before, I already knew that the due diligence required in starting the new businesses would be overwhelming and would cause me to lose balance in my life for a year,” he says, adding that his knowledge of the preparations needed didn’t make the whole process less overwhelming.