Head of the bank’s U.S. wealth arm says the rule should be modified.

Unlike most of its rivals in the wealth management space in the U.S., UBS is planning for a future without the Department of Labor’s fiduciary rule, the Wall Street Journal writes.

The Swiss bank, whose American wealth management unit posted record fourth-quarter profits, has remained quiet about how it planned to comply with the rule, the Journal writes. But the bank’s CFO, Kirt Gardner, said last week that the rule will likely be delayed and potentially repealed entirely under the administration of President Donald Trump, according to the paper.

Tom Naratil, president of UBS Americas, tells the Journal that the brokerage took a wait-and-see approach to the rule so that their advisors wouldn’t have to cover the same ground twice with their clients.

Naratil also believes that if the rule is delayed, it should be modified so that clients could keep the choice between commission- and fee-based accounts, according to the paper. Additionally, he tells the Journal that he supports a universal fiduciary standard applied to all accounts and rolled out by the SEC.

The SEC has signaled that it’s nowhere close to releasing its own rule.

UBS’s U.S. wealth management unit delivered $337 million in pre-tax profits in the fourth quarter, according to the paper. UBS Wealth Management Americas’ $8.87 billion in operating income, meanwhile, was the highest among all of UBS’s business units, the Journal writes.

Several U.S. brokerage firms have already said they’ll proceed with changes aimed at reducing conflicts of interest regardless of whether the rule goes into effect.

In November, Merrill Lynch said it’s not going back on its decision to stop offering commission-based retirement accounts even if the rule is repealed.

Capital One Investing also decided to bar commissions on retirement accounts regardless of the rule’s fate. And Morgan Stanley, which decided to continue offering both commission- and fee-based accounts, last week told its brokers that it’s going ahead with plans as if the rule will go into effect.

Those plans include lower trade commissions, clearer disclosures and steps to reduce conflicts of interest among third-party managers. 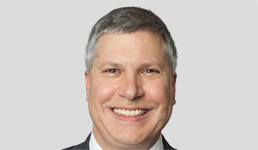 The rule’s fate remains unknown as neither Trump nor his pick to head the DOL have addressed it directly, while an aide to Trump has called repeatedly for its repeal. And Trump’s current pick to head the Office of Management and Budget, Rep. Mick Mulvaney, R-SC., called the rule “awful” back in 2015, BenefitsPro writes. If he heads the OMB, Mulvaney will a have major say on proposed regulations, according to the publication.