Single-family offices are an acutely endangered species, according to one prominent executive in the rarefied space.

“They’re behind on technology and operations, and so they can’t scale,” says Bob Miller, who last month became CEO of Private Client Resources, a data integration, client reporting and advisor analytics provider to ultra-rich families.

Meanwhile, he says, multifamily offices are getting bigger as their single-family counterparts give up or fade away with the passing of the older generation, giving PCR “a huge opportunity” with bigger prospects that are likely to see the wisdom of investing in data.

“We’re getting more RFPs” from commercial wealth advice providers than ever before, says Miller, a seasoned financial technology executive.

As the appellation suggests, single-family offices are private entities that provide investment- and wealth-management services to nuclear or extended families worth hundreds of millions of dollars or more. No one knows for sure, but there are thought to be several thousand of them in the U.S., ranging in size and complexity from a file in a bookkeeper’s desk to hives with dozens of employees and the look and feel of small private banks. They’re said to oversee over $1 trillion in this country.

Loosely defined, multifamily offices are commercial versions of single-family offices. They number in the hundreds, and are generally organized as RIAs or trust companies. Most cater to families with portfolio values in the low tens of millions of dollars and up.

From a service perspective, the main difference between low-tier millionaires and families that use PCR is the lack of a distinct retirement-planning need. “There’s no saving for retirement,” Miller says of a customer segment that can pay their kids’ college expenses virtually out of pocket. “It’s about managing a lifestyle that can require $5 million a year” and investing to create multi-generational wealth in perpetuity.

As such, it can also be about keeping personal matters from taking on dynastic implications.

“If a couple gets divorced, the money has to be split, which can have millions in tax implications,” says Miller. “Regular advisors can’t handle that.”

For Miller, who joined Wilton, Conn.-based PCR last summer as vice chairman of its board, his company’s advantage in the high-wealth space is twofold.

The first aspect is focus. PCR doesn’t dabble downmarket, so it’s able to zoom in on the data and reporting needs of clients whose wealth is much likelier to be in illiquid holdings and complex, often multi-jurisdictional, structures than typical retail-channel wealth clients. 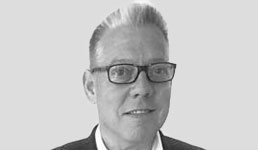 The second is its ability to serve those clients wherever they choose to get their advice. Increasingly, says Miller, this means RIAs and banks, as super-wealthy families look for data-rich services to pinpoint and make the most of their holdings.

In fact, Miller says PCR is drifting away from a focus on family offices that aren’t overtly commercial to service commercial players to which clients are migrating for more comprehensive service.

Further, adds Miller, as PCR moves from being more about “data than reporting,” it’s increasingly giving firms the wherewithal to keep clients up to date when significant events occur.

“The day after the election I was in an advisor’s office,” says Miller, referring to the U.S. general election in November. “The room was vibrating from all the phones ringing. Clients can’t wait for the monthly report to learn how something big might affect them.”

Supporting on-demand data also helps PCR position advisors who use its services to appeal to next-generation clients — the scions of today’s most restless movers and shakers. After all, these Millennial-generation customers expect to get the data they want when and how they want it, says Miller.

For all it’s newfangledness, however, PCR isn’t forsaking its bread and butter: helping stunningly rich people keep detailed tabs on their far-flung money.

As a result, says Miller, “The paper report of 40 pages is never going to go away.”