The post-election bonds selloff might be slowing, but will there be a longer-term aftershock in 2017?

The post-election selloff in bonds is showing signs of slowing. But advisors remain split on how much of a longer-term aftershock clients will feel once Donald Trump becomes president in January.

“The great 39-year bond bull has been wearing thin in recent years, but more signs are appearing that President-elect Trump’s thirst for infrastructure spending will turn out to be the nail in the coffin for U.S. government bonds,” says Charles Blankley, chief investment officer at Walnut Creek, Calif.-based Gemmer Asset Management, which manages $900 million.

Like others at his firm he’s already talking to clients about scaling down their expectations for bonds – both in terms of more fiscal stimulus as well as Trump’s anticipated lack of emphasis on lowering federal deficits.

“We’re not market timers,” Blankley says. “At the same time, there are periods when short- and long-term market fundamentals converge. We’re preparing clients for just that type of a shift in 2017.”

Brad McMillan, chief investment officer at Commonwealth Financial Network, isn’t worried about a secular bear market in bonds. The Waltham, Mass.-based independent broker-dealer works with about 1,650 advisors across the country.

“At this point we’re seeing a period of normalization," McMillan says. "Now that the election is over and we’ve got a winner, markets are adjusting and bouncing back to more typical conditions."

The benchmark 10-year Treasury’s yield has jumped “remarkably” post-election, he admits. But such a bounce, McMillan believes, simply takes it back to a “mid-range” level that government bonds have been trading within over the past five years.

“We’re telling clients that this isn’t anything to get overly worried about – the fact is, history shows that any short-term hits they might take will likely be heavily outweighed by an ability to reinvest at higher rates,” he says.

Although he doesn’t see a need to make any “systemic” portfolio changes, McMillan is recommending that advisors use this as a prime time to reassess with clients their portfolio durations, a measure of interest rate sensitivity.

In the near-term, a Federal Reserve rate hike is already baked into bonds, he says. But more opportunities should open for FAs to lower their clients' bond durations next year, McMillan predicts.

“The Fed has historically been behind the curve in keeping up with inflation,” he says. “So we're bracing for a faster pace of rate increases in 2017 as the Fed plays catch up.”

In an online survey by FA-IQ last week, advisors were heavily divided when asked what they’re going to recommend to clients about their bond allocations. Some 51% of those who responded indicated that they’re leaning toward discussing strategic shifts and agree that fundamentals are changing for bonds.

On the other hand, 49% of poll participants say they don’t feel inclined to make any major shifts in bond strategies and plan to focus on soothing client anxieties after a bout of rough market conditions.

Other than considering shorter durations, he’s taking a harder look at using any "reflation" in the domestic economy by shifting more allocations to actively-managed bond funds. His firm uses only ETFs.

“We see bond volatility increasing over an extended period as bull market conditions fade,” Haviland says. “In that environment, we’re increasingly going to be turning to active managers to help give us more flexibility.”

In fact, the FT reports that since Trump’s victory, actively-managed funds have generally been beating the Barclays U.S. Aggregate Bond Index, in some cases by a wide margin.

“As long as rates keep normalizing," Haviland says, "we don’t see anything changing in terms of active management’s ability to outperform in global bond markets.” 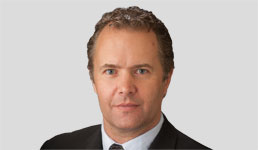 At Gemmer Asset Management, CIO Blankley has been cutting portfolio durations over the past several months. In the next few weeks, he’s considering selling a sliver of Treasuries and adding some floating-rate corporate bonds.

“When markets are in flux, floating-rate bonds have shown an ability to adjust more quickly to rate changes," Blankley says. "That sort of flexibility, even in small doses, should help us to stabilize our clients' exposure to increased fixed-income volatility."