Advisor Teams Can Be a Win-Win for FAs and Clients

Working in teams is an increasingly popular way for financial advisory firms to structure their businesses. Recent research reports that 55% of advisors work in some kind of team-based arrangement—a 25% increase since 2012. While being part of a team requires devoting time to communication and collaboration, advisors say the experience enriches their professional growth and client relationships.

It can be hard to stay on the same page with so many team members. To help ensure clear communication and transparency, the team holds a five- to 10-minute team meeting after most client meetings to review any follow-up items that arose.

These post-client meetings serve two purposes: task management and team motivation. “We know who’s taking on which tasks and we hold each other accountable. This works because no one wants to let a team member down,” says Shae.

“Our goal is to clearly identify the roles and responsibilities of every team member for ourselves and for our clients,” he explains. Keeping the lines of communication well-defined, particularly when it comes to clients, is essential for success. For instance, when a client sends a query via email, team members generally consult to decide who will answer before a response is sent.

At the Savant Capital satellite office in Naperville, Ill., which manages $220 million, teams include a lead advisor, a second advisor and a client concierge, all of whom support all clients, according to financial advisor Gregory De Jong.

What’s more, the team can bring in estate planners, attorneys or investment researchers, as needed, from Savant’s Rockville, Ill. headquarters to join client meetings via video conferencing. But De Jong says it’s important that the core team operates from the same physical location.

“Collaboration comes very easily when we’re in one place. About a week before a client meeting, the team gets together to review the agenda and makes sure we’re all on the same page,” says De Jong.

De Jong, who was a solo practitioner before he joined Savant about two and a half years ago, has found the teamwork experience very positive.

“It was a pleasant surprise to see how good the synergies can be,” he says. “For instance, I work with a younger advisor who is also a CPA and he will bring up tax insights during client meetings that would not have occurred to me.”

At Fidato Group, a Strongsville, Ohio-based firm that manages over $100 million, the transition to an advisor team structure has been a natural result of the firm’s growth.

“I started from scratch as an RIA doing everything solo,” says CEO and lead advisor Tony D’Amico. “As we grew, it made sense to implement a team structure.”

Today, a team of two advisors and an administrator serves each client. D’Amico says his experience working as part of a team has required some getting used to, mostly because he is no longer the primary client contact. Nevertheless, spreading client management across a team lets D’Amico and other team members be more proactive with clients and has led to his firm being able to offer a wider array of services. 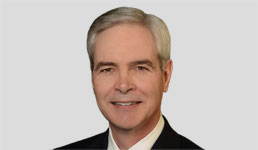 According to D’Amico, setting clear responsibilities and aligning goals are important for team success. But he adds that familiarity among team members is equally important. Each team holds weekly meetings to ensure that everyone stays up to date on key client-related elements. But D’Amico also relies on ad hoc meetings to stay in sync with individual team members on a more personal basis.

“I want to know where my team members are professionally and personally so I can help them grow in the job,” he explains. “I really believe that good team relationships, just like good client relationships, require ongoing connections and communications. I let my intuition tell me when it’s time to grab lunch and chat.”