But times are changing. Government-inspired reforms are leading more advisors to reassess a financing vehicle once widely shunned by clients, say industry analysts.

“These don’t have to be the sketchy late-night TV products charging excessive fees that they once were commonly perceived as being,” says Wade Pfau, professor of retirement income at the American College in Bryn Mawr, Penn.

It’s still a highly fragmented market with plenty of relatively high-cost lending options, he adds. “You’ve still got to shop around,” says Pfau. “But there are definitely more low-cost competitors in the market now.”

A framework for assessing loan applicants' ability to meet basic needs -- from paying property taxes to covering homeowners' insurance policies -- has only been in place a little over a year, notes Jon McCue, a director at Reverse Mortgage Insight.

The beefed-up process comes through changes to the Department of Housing and Urban Development’s FHA-insured Home Equity Conversion Mortgage program, which McCue says represents a bulk of the reverse mortgage marketplace.

Those reforms are recent enough, he suggests, to make this year’s year-over-year slide in volume and applications somewhat hard to judge.

In coming years, McCue sees demand growing at much greater rates than in the past. “The loopholes in the system have been closed, so many more protections are now in place to make sure people can’t game the system so easily,” he says.

Advisor Robert Hanson isn’t ready to dive into the market just yet, though. “In layman’s terms, we’re still telling our clients that taking out one of these types of loans is like making a Hail Mary pass – they should only be used as a last resort,” says the FA at Vermillion Financial Advisors in South Barrington, Ill., which manages about $130 million.

The good news is that homeowners can gain a new income stream based on a house’s market value, points out Hanson. They also typically won’t be required to pay that money back right away, he adds. “But the bad news is that once they die or sell their homes, the debt they owe is likely to be much greater as interest keeps building,” he says.

Although Hanson has recommended reverse mortgages to three sets of clients in the past, such cases remain “few and far between,” he says. One of those situations came after a widow in her mid-70s realized she was rapidly running out of money after withdrawing 14% a year from a once healthy seven-digit portfolio, recalls Hanson.

With no other outside income, the advisor found only one major asset to tap into – a pair of houses. “I tried to convince her of practical ways to cut costs,” says Hanson, “but she absolutely didn’t want to live a simpler lifestyle.”

Only couples who are “cash poor and house rich” meet the basic criteria that advisor Pat McClain uses to determine if discussions about reverse mortgages are appropriate.

Even in those situations the co-CEO of Hanson McClain in Sacramento, Calif., which manages about $2 billion, says such loans are “very rarely” the best alternative. Still, he does see reverse mortgages as viable options in a limited number of cases.

McClain once started a reverse mortgage company that operated separately from his independent RIA. He no longer owns that lending venture, but says he still keeps up with industry reforms. Despite his reservations, he does discuss such loans with couples who are extremely short on cash and don’t have children. 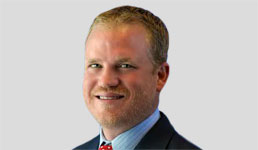 The advisor’s screening process includes making sure clients considering reverse mortgages show no desire for their houses to be inherited.

“If someone does a reverse mortgage, they’ve got to be pretty darn sure that it’s going to be the last house they’re ever going to live in,” says McClain.

Given tighter guidelines and more attractive cost ceilings being set for HECM loans, advisor John Salter in Lubbock, Texas, is recommending reverse mortgages to all of his clients who’ve paid off their houses and are aged 62 or older.

But his strategy is to use such a program to establish lines-of-credit in case of emergencies. The veteran FA at Evensky & Katz/Foldes Financial Wealth Management in Coral Gables, Fla., which manages about $1.4 billion, suggests those couples maintain a $2 balance – just enough to keep such credit avenues open.

“The point isn’t to use these to buy a boat or extra car – it’s purely another risk management tool,” says Salter.

While he expects few of his clients to ever tap into such a pool, the veteran FA does believe that opening another door to household liquidity can be a valuable tool to help couples stay focused on their long-term financial plans.

“A reverse mortgage line-of-credit is another way to reassure people that we’re exploring every possible safeguard to make sure they don’t run out of money,” says Salter.

In times of extreme market volatility, he adds, “we’re finding that our clients appreciate knowing they’ve got a little bigger safety net – it gives them less of a reason to feel like they need to sell out of their portfolios.”