How to Help Clients with Impaired Older Relatives

People who look after elderly relatives with mental or physical impairments often don’t look after themselves.

This presents financial advisors with challenges — touching on their clients’ health, wealth and mental equilibrium — that are cropping up more frequently as the population gets older.

“Every financial planner is going to need to deal with it,” Barbara Shapiro of HMS Financial Group in Dedham, Mass., says of advising in-family, non-professional care contributors. “If not personally, professionally for sure.”

Statistics support this assertion. One in nine people over age 65 has Alzheimer’s disease, the most common cause of dementia, according to the Alzheimer’s Association. Among people between ages 75 and 84, the rate jumps to 44%.

Meanwhile the absolute number of dementia sufferers is rising as the general population ages. In 2014, people 65 years and older numbered 46.2 million in the U.S., or 14.5% of all Americans, says the Department of Health and Human Services. By 2060, the U.S. government estimates there will be 98 million Americans over age 65.

For family members, stepping in to help older relatives with impairments takes a toll.

In what’s already a period of severe physical and mental stress, nearly half of all care contributors have to cut back on their spending — including such necessities as food, transportation and their own healthcare — because they miss time at work, says the Alzheimer’s Association. On average they lose $15,194 annually compared to the year before becoming caregivers.

In this scenario, adds Shapiro, “down time” from paid work or unpaid caregiving means racing to cook, clean, shop or get some banking done. “You do what you can when you can, and you’re never sitting still.”

As an advisor, Shapiro — whose husband-and-wife firm manages about $150 million — tells clients in this bind to make the most of what they have. “If it means 20 minutes at the health club rather than 40 minutes or an hour, take it; make the most of it.” 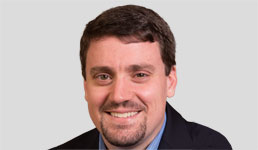 Ben Gurwitz of Financial Life Advisors in San Antonio, Texas, is the sole family-member caregiver to his 87-year-old grandmother. He thinks the first priority in working with family care contributors is to get families to think about the issue of old-age care — in whatever form — before it’s a reality.

“We generally watch our older family members decline slowly and only act when we need to,” says Gurwitz, whose firm manages about $63 million. “Whether it is managing finances, legal documents, facility search or government-benefit planning,” the sooner clients tackle it, the better. “The worst time to figure things out is in a crisis.”

Gurwitz — in common with Shapiro — believes the caregiving client’s next priority should be a visit to an elder-law specialist. “Basic legal documents like medical and durable powers of attorney are almost a requirement,” he says. “Using trusts can be very beneficial both for management but also to potentially do some planning for governmental benefits.”

The point here is that waiting until there’s a clear-cut problem before contacting an elder-law attorney can leave the family with fewer options.

“I can’t think of anything much worse,” adds Gurwitz, “than trying to manage someone else’s finances through a court-appointed guardianship.”

Gurwitz also recommends that caregiving clients simplify their — and their relative’s — finances as much as possible.

“It is hard sometimes to pay all our own bills on time,” he says. “When you are taking over for someone else, just figuring out who needs to be paid and how to change mailing addresses can be difficult — even with a power of attorney.”

For this reason, Gurwitz recommends that clients consolidate their banking and investing relationships as much as possible and set up automatic payments where feasible. This isn’t just a matter of “paying for things which need to be paid, but also for monitoring what shouldn’t — like scammers and abusive charities.”

Advisors can also help earn their keep by providing emotional support for clients who care for elderly family members.

“Be prepared for this not to be pretty,” is Gurwitz’s warning to clients. “Since downsizing to a smaller room with higher care, my grandmother has told people I am stealing her stuff and have sold her down the river.”

Gurwitz advises clients not to take such rebukes – which are common enough in this setting – in any way personally. “You have to remind yourself that it is a disease,” he says.

Shapiro, another FA with personal insight on caregiving, thinks reaching out to clients in this plight can also help them stay grounded.

“A simple call to ask how they’re doing can really help,” she says. “And it’s really appreciated.”