Does the DOL Want What Finra’s Already Banned?

In trying to kill conflicts that may arise when brokers put their clients’ retirement money into commission-based accounts, critics say the Department of Labor’s new fiduciary rule encourages behavior that Finra, the securities industry watchdog, has long sought to discourage.

But defenders of the DOL rule, and the DOL itself, have no time for this assertion. They say the provision comes with a client-first workaround that leaves room for commission accounts where they make sense.

Still, it’s tempting to see parallels between one aspect of the DOL’s new marching orders for retirement accounts and abuses Finra flagged years ago.

In 2005 the industry’s self-regulator fined Morgan Stanley $1.5 million and ordered it to pay $4.6 million in restitution to more than 3,500 clients for inadequately supervising its fee-based brokerage business.

Between 2005 and 2009 Finra also fined Baird, SunTrust, Raymond James and AXA for poor oversight of their clients’ fee accounts.

At issue in each case was the migration of commission-account holdings, where investors pay for transactions, to fee-based structures, where they pay for advice on the holdings, typically assessed yearly as a percentage of the assets in question.

Brokerages got in trouble with Finra when they moved clients’ buy-and-hold securities from commission- to fee-based accounts, where this turned out to be the less generally “suitable” course of action.

More specifically, Finra intervened when clients got charged on a yearly basis for holdings on which they would otherwise have paid nothing past initial trade costs.

“Firms that administer fee accounts should make reasonable efforts to obtain information about the customer’s financial status, investment objectives, trading history, size of portfolio, nature of securities held, and account diversification,” Finra wrote its members in 2003. “With that and any other relevant information in hand, firms should then consider whether the type of account is appropriate in light of the services provided, the projected cost to the customer, alternative fees structures that are available, and the customer’s fee-structure preferences.”

In this way it harkens back to the “anti-churning” practices Finra worked to eliminate a decade ago.

“Where an investor has a buy-and-hold retirement account, and he’s paid the commission, that’s a good deal for him because he pays nothing more,” says Iacovella. “But the DOL is saying he’s now got to pay a 100 basis point fee every year.” 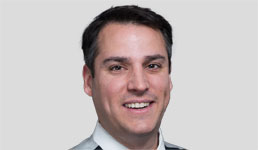 The DOL tells FA-IQ it doesn’t in fact favor fee over commission accounts. And the fee-account shenanigans Finra censured in the past are prohibited to retirement accounts under the Employee Retirement Income Security Act of 1974 and the federal tax code anyway, it adds.

But Iacovella, whose Washington, D.C.-based EDA lobbies Congress on behalf of brokerages, says the DOL’s account-type workaround — the Best Interest Contract Exemption — is too cumbersome for the real world.

“It calls into play different standards – sometimes for the same customers – which has compliance implications,” he says. “Ultimately advisors will have to decide if they want to do business with people who require that kind of work and extra effort — and that goes to the accessibility of advice.”

For James Gambaccini of Acorn Financial Services in Reston, Va., the DOL’s rules around account types for retirement holdings are objectionable less for philosophical than practical reasons.

Gambaccini — whose clients have both fee and commission accounts, and for whom retirement money accounts for about $50 million of the $750 million he manages — says any barrier to choice is bad for clients.

“The fact is most of our retirement accounts are fee-based, but every family is different and you need flexibility to work in their best interests,” says Gambaccini. “Nobody is worse off from having more choice.”

Finra declined to comment on any aspect of the DOL’s new fiduciary rule.